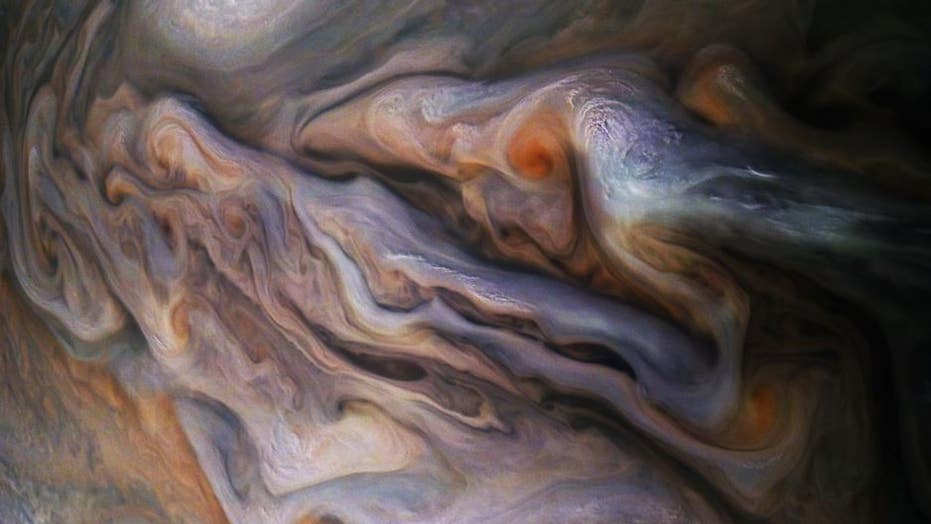 A group of swirling clouds can be seen in Jupiter's North-North Temperate Belt, along with several bright-white "pop-up" clouds, as NASA describes it.

The color-enhanced image was taken when Juno was about 4,400 miles from the planet's cloud tops.

NASA's Juno captured the above image of Jupiter. (Enhanced image by Gerald Eichstädt and Sean Doran (CC BY-NC-SA) based on images provided courtesy of NASA/JPL-Caltech/SwRI/MSSS)

NUCLEAR WINTER WOULD TRIGGER A GLOBAL FAMINE, BUT THIS DOOMSDAY DIET COULD SAVE US

According to the space agency, two citizen scientists created the photograph using data from the spacecraft's JunoCam imager.

An anticyclonic storm, known as a white oval, can also be seen in the image.

Juno launched from Cape Canaveral Air Force Station in 2011, and it was a mission to examine Jupiter's gravity field, composition and polar magnetosphere. The craft will also seek clues on the planet's formation and its winds -- which can reach speeds of up to 384 miles per hour.