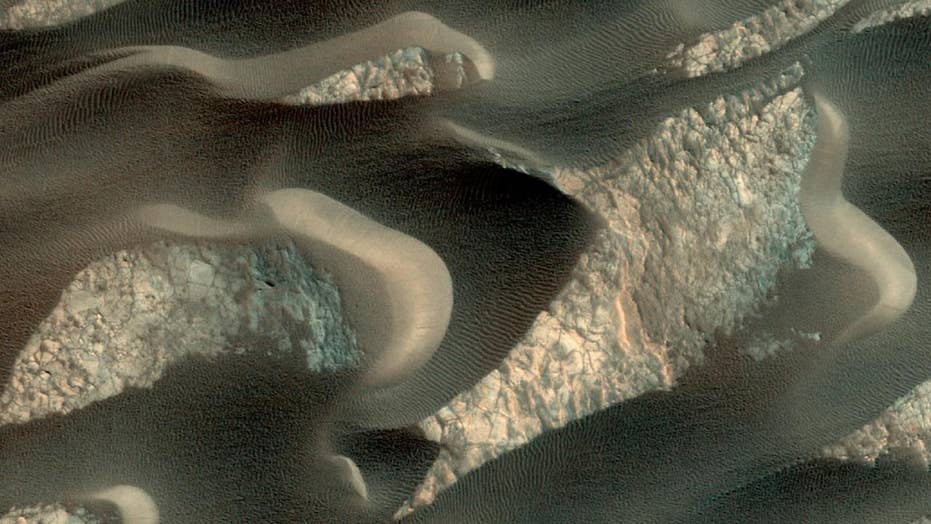 NASA has released a stunning image of the 'barchan dunes' on Mars, which appear to mysteriously move over time.

A gorgeous image showing sand dunes on Mars was released this week by NASA.

In the picture, the dunes have an elongated crescent shape. Their shape is why they are known as "barchan dunes."

Around the dunes, the pockmarked landscape of Mars is seen in blue and brown hues.

NASA says the dunes are formed by wind on the Red Planet that continuously moves sand grains up the long slope towards the top of the dune.

The image depicts small ripples on the slope that result from this movement.

According to the space agency, this slow sand movement is what causes the dunes to gradually move over time.