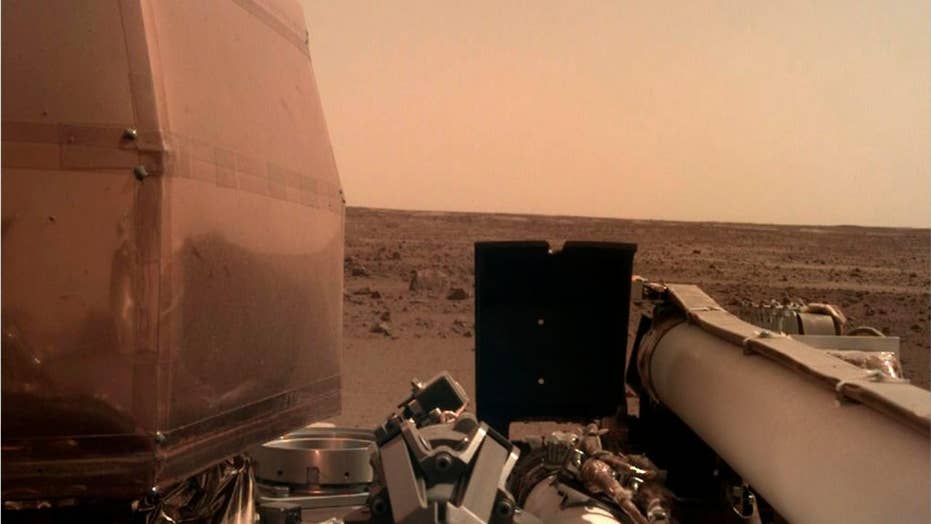 NASA’s spacecraft that landed on Mars has beamed back its first clear photo of the desolate Red Planet.

NASA's Mars InSight Lander touched down on the Martian surface Monday and wasted no time in getting the first breathtakingly clear picture back to Earth.

"The InSight team can rest a little easier tonight now that we know the spacecraft solar arrays are deployed and recharging the batteries," said Tom Hoffman, InSight's project manager at NASA's Jet Propulsion Laboratory in Pasadena, California, in a statement. "It's been a long day for the team. But tomorrow begins an exciting new chapter for InSight: surface operations and the beginning of the instrument deployment phase."

The InSight Lander entered Mars' atmosphere just shortly after 2:40 p.m. EST and touched the surface at approximately 2:54 p.m. EST. The last part of the journey was the most harrowing, with NASA calling it "seven minutes of terror" due to the agency's inability to control the landing of the spacecraft, which cost $828 million. Scientists determined that no additional changes were needed to the algorithm that will guide the spacecraft to the Martian surface.

The InSight's landing on Monday ended a journey that lasted six months and covered more than 300 million miles.

"My first picture on #Mars! My lens cover isn’t off yet, but I just had to show you a first look at my new home," NASA tweeted, showing off the first image earlier Monday afternoon.

Now that it is safely on the surface, the real excitement begins, according to Lori Glaze, acting director of the Planetary Science Division at NASA Headquarters. "Once InSight is settled on the Red Planet and its instruments are deployed, it will start collecting valuable information about the structure of Mars' deep interior — information that will help us understand the formation and evolution of all rocky planets, including the one we call home," she said.

The unmanned probe, which was built by Lockheed Martin, will dig deeper into the planet than anything that's come before.

Last week, the space agency announced that it has selected the location where its Mars 2020 Rover will land on the Red Planet. The Rover is expected to land on Mars Feb. 18, 2021.