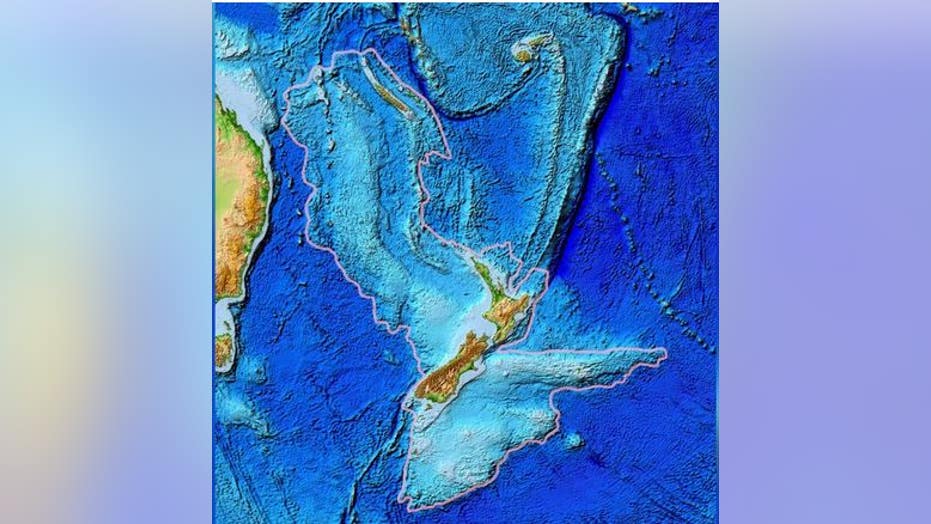 The 'lost continent' of Zealandia, which is submerged beneath the Pacific Ocean, experienced a major upheaval about 35 to 50 million years ago.

According to findings published Feb. 6 in the journal Geology, scientists now believe that the topographic transformation may have been related to a reactivation of ancient fault lines linked to the formation of the western Pacific's Ring of Fire.

Scientists have long believed that Zealandia's crust began to thin when it split off from Gondwana, an ancient supercontinent that included Antarctica and Australia, about 85 million years ago.

The Geological Society of America confirms that fossils in the drillcores that were collected in 2017 show portions of Zealandia rose 1 to 2 kilometers while other parts subsided about the same time before the entire continent eventually sank deeper underwater.

"These dramatic changes in northern Zealandia, an area about the size of India, coincided with buckling of rock layers (known as strata) and the formation of underwater volcanoes throughout the western Pacific," study co-authors Rupert Sutherland, a geophysicist at Te Herenga Waka-Victoria University of Wellington, and Gerald Dickens, of Rice University in Texas, wrote in The Conversation.

A topographic map of Zealandia can be seen above. (NOAA) (NOAA)

ANCIENT EGYPTIAN 'BOARD GAME OF DEATH' IDENTIFIED BY SCIENTISTS

“One of the amazing things about our observations is that they reveal the early signs of the Ring of Fire were almost simultaneous throughout the western Pacific,” Sutherland said in a Geological Society of America press statement.

Sutherland and his colleagues have put forth a new mechanism: a so-called "subduction rupture event," which they compare to a massive, super-slow earthquake.

“We don’t know where or why,” said Sutherland, “but something happened that locally induced movement, and when the fault started to slip, like in an earthquake the motion rapidly spread sideways onto adjacent parts of the fault system and then around the western Pacific.”