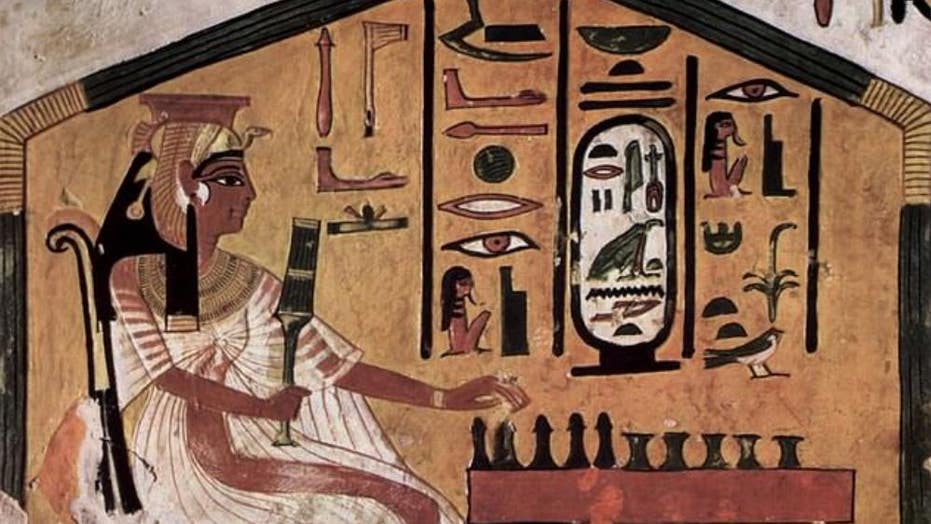 An ancient Egyptian 'board game of death' was used to communicate with with the dead about 3,500 years ago.

The game, called senet, was played at all levels of Egyptian society from when it first emerged 5,000 years ago until it fell out of favor about 2,500 years later. Now one expert believes he has discovered a senet board from when the game took on a more spiritual hue.

Experts who study ancient Egypt believe senet was played by two competitors, each with five pawns that were placed on a grid of 30 squares arranged in three rows of 10. Then, by roll of a dice players would move their pawns, with the goal being to have all five of your pawns reach the "finish" point at the lower right corner of the board.

The game, known as senet, was played by Egyptians at all levels of society. Pictured above: Queen Nefertari plays senet in a piece of art inside her tomb. (Public Domain/The Yorck Project)

However, over time Egyptian texts reportedly began to describe the game as depicting the movement of the soul through the Egyptian realm of the dead.

A senet board located in the Rosicrucian Egyptian Museum could show this evolution. The board features a hieroglyphic symbol on one square for water, which is believed by archaeologists to indicate a lake or river that Egyptians felt the soul encountered on its journey through the underworld.

“It may be one of the first times that this aspect of the journey through the afterlife is visually rendered on the board,” says Walter Crist, an archaeologist at Maastricht University who writes about the board in research published in The Journal of Egyptian Archaeology.

Jelmer Eerkens, an archaeologist at the University of California, Davis, believes the Rosicrucian board is a rare find since it seems to chronicle a late-stage change in progress.

An ancient Egyptian 'board game of death' was used to commune with the deceased around 3,500 years ago. Pictured: the senet board from the collections of Rosicrucian Egyptian Museum in San Jose, California.

“This is unlike what we expect for other kinds of technologies,” Eerkens told Science Magazine.

The new discovery could capture the senet board's evolution into being the original game of death.