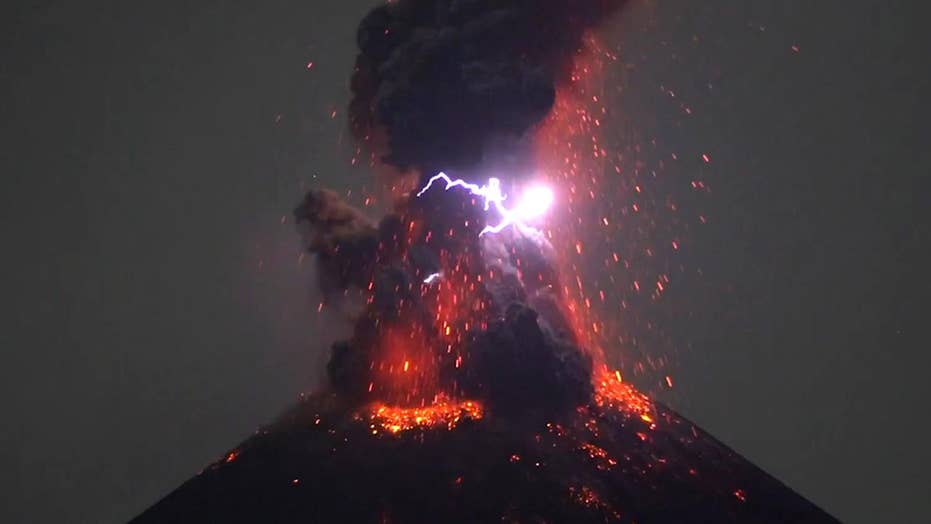 A photographer in Guatemala captured the stunning moment a bolt of lightning hit a volcano as it was erupting.

Astrophotographer Sergio Montúfar told SWNS, a British news agency, that he hiked up to the volcano —Volcán de Pacaya in Villa Canales — because the forecast predicted clear skies. But as he neared the top, the weather was a bit dicier than he expected.

STUNNING IMAGE OF RARE VOLCANIC LIGHTNING CAPTURED BY GERMAN PHOTOGRAPHER: 'IT WAS A SCARY MOMENT'

"I was there to do astrophotography of Volcán de Pacaya which has rivers of lava, I wanted to get the milky way over Volcán de Pacaya but the terrible storm didn't let me,” he recalled. "We expected clear skies, but that never happened and we got caught by the rain.”

But the storm didn’t deter Montúfar, who decided to capture the events. Moments later, a bolt of lightning hit the top of the volcano, creating the perfect shot for the experienced photographer.

“I have never seen so many lightning strikes coming from the top of Volcán de Agua,” he added, noting the event was “life-changing.”

Lightning strikes the top of Volcán de Pacaya, an active volcano in Villa Canales, Guatemala in a recent storm. (SWNS)

Montúfar continued: “It taught me not to be negative under some situations because I was angry about the storm, but I never expected it to be this amazing storm."

"It was strong enough to illuminate the whole sky with its bluish lighting,” he said at the time.