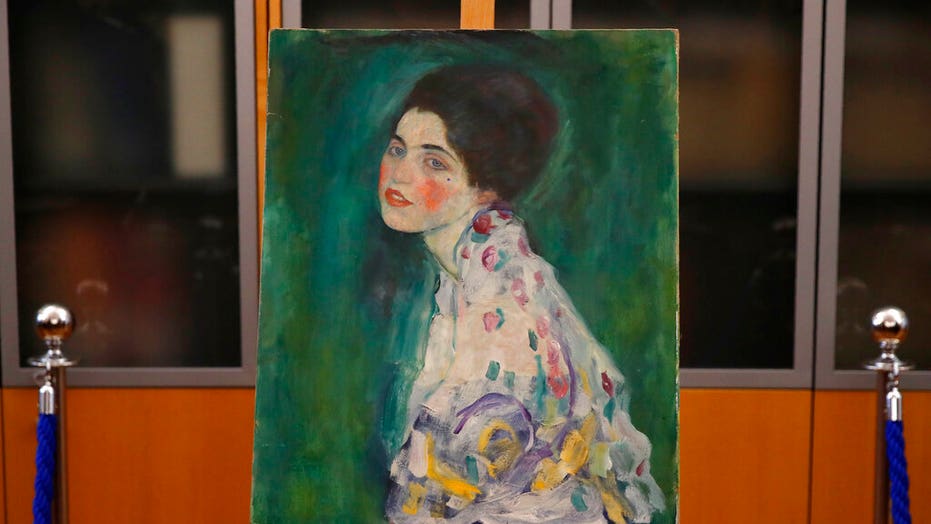 A painting found hidden in a wall of an Italian museum has been authenticated as a Gustav Klimt work that was stolen from the same gallery nearly 23 years ago.

Klimt’s “Portrait of a Lady,” acquired by the Ricci Oddi Gallery of Modern Art in 1925, was stolen in 1997, with only the painting’s frame found on the roof of the museum, The New York Times reported.

Investigations into the whereabouts of the 1917 work, valued today at roughly $66 million, stalled over the next few decades.

Klimt's "Portrait of a Lady" was reported stolen from the Ricci Oddi in Feb. 1997. (AP Photo/Antonio Calanni)

OPRAH WINREY ONCE SOLD A GUSTAV KLIMT PAINTING FOR $150 MILLION

The break came by chance last month, when a museum gardener clearing ivy from an exterior wall opened a metal access panel and discovered the painting inside, stuffed in a plastic bag.

Experts eventually confirmed the authenticity of the painting, and officials in Piacenza — where the Ricci Oddi is located — announced the news Friday.

"It's with no small emotion that I can tell you the work is authentic," Piacenza Prosecutor Ornella Chicca said.

Art experts have confirmed that a stolen painting discovered hidden inside an Italian art gallery's walls is indeed the same stolen in 1997.  (AP Photo/Antonio Calanni)

An authenticator in Bologna said the painting is still in very good condition, having only suffered a scratch on an edge, possibly “from a clumsy effort to remove the portrait from its frame,” The Associated Press reported.

As for why the painting had been stashed within a wall, Anne-Marie O'Connor, a journalist who had written about another of Klimt’s paintings, theorized that the thief knew it would be too difficult to sell the painting during the initial investigation and perhaps planned to return one day and retrieve it.

“It would have been hard to sell it to a private buyer,” she told the AP.

The portrait is currently being held at a bank in Italy amid an investigation, before being returned to the museum. (AP Photo/Antonio Calanni)

The portrait has been held in Italy’s central bank during the investigation, the New York Times reported.

Klimt, who was born in Vienna in 1862, was considered a prominent member of the Vienna Secession movement. He died in 1918.