A massive killer asteroid is headed straight for New York.

An exercise set up by "planetary defense" experts is reportedly meant to gauge what would happen if authorities were unable to deflect a giant space rock hurtling toward America's most populous city at 43,000 miles per hour.

In the simulation, Manhattan is destroyed, and the damage extends as far out as 42 miles from the epicenter, ensuring destruction across the heavily-developed metropolitan area.

'TRANSFORMATIVE CHANGES' ARE NEEDED TO SAVE NATURE AND OURSELVES, MAJOR CLIMATE REPORT CLAIMS

The horrifying scenario is meant to provoke questions, such as: How do authorities evacuate 10 million people? How would ruined urban areas be rebuilt?

"Two months may not be enough time to really evacuate, because you're evacuating people who are stuck, who have to rebuild their lives where they're going. You're going to have fleets of U-hauls," Brandy Johnson, who plays the role of an "angry citizen" in the exercise, referring to the rental moving trucks, told AFP. 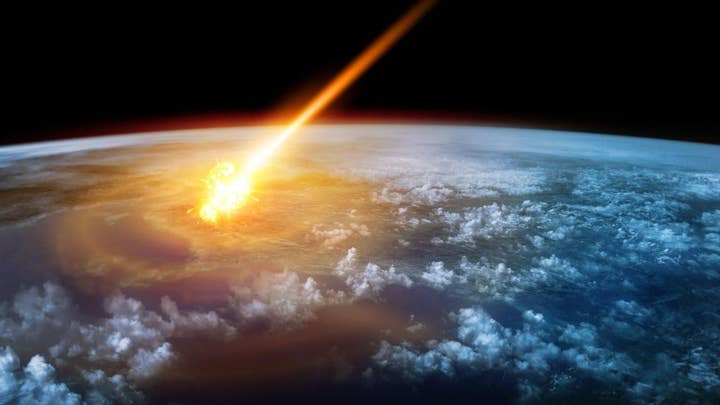 A major unknown is how Americans would actually behave in the face of this doomsday scenario.

HUGE 'GOD OF CHAOS' ASTEROID TO PASS NEAR EARTH IN 2029

"If you knew your home was going to be destroyed six months from now, and that you weren't going back again, would you keep paying your mortgage?" Victoria Andrews, NASA's deputy planetary defense officer, asked

Fortunately, the fictional killer asteroid is "highly unlikely," Paul Chodas, the NASA engineer who is the game's designer, told AFP.

"But we wanted the issues to be exposed and discussed," he added.