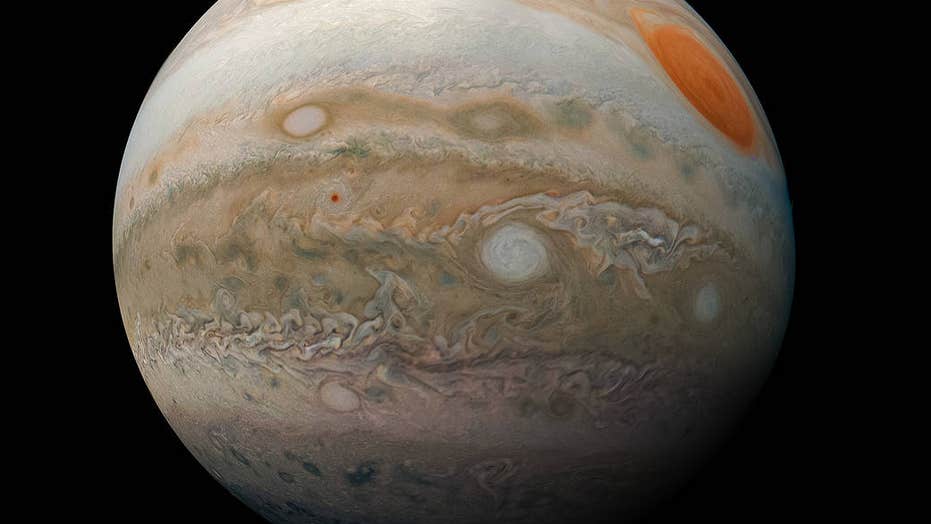 The largest planet in the solar system will be on full display in June — and stargazers won’t need a high-powered telescope to get a good view, NASA recently announced.

Jupiter will be at its biggest and brightest as the gas giant reaches its closest point to Earth this month, the agency said last week. It will remain visible to the naked eye all night.

Skywatchers may even be able to spot Jupiter’s four largest moons and the banded clouds that surround the planet by using binoculars or a small telescope, according to NASA.

The fifth planet from the Sun will be at its most visible on June 10 when it reaches opposition — a yearly event in which Jupiter, Earth and the Sun form a straight line, with Earth in the middle. But the agency noted the planet will still remain visible outside of that date.

NASA recently released incredible images of Jupiter’s iconic Great Red Spot and swirling storms captured by its Juno spacecraft during a close pass of the planet in February.

Juno first reached the planet in 2016 and has since collected a host of stunning images, which have included Jupiter's turbulent storms.