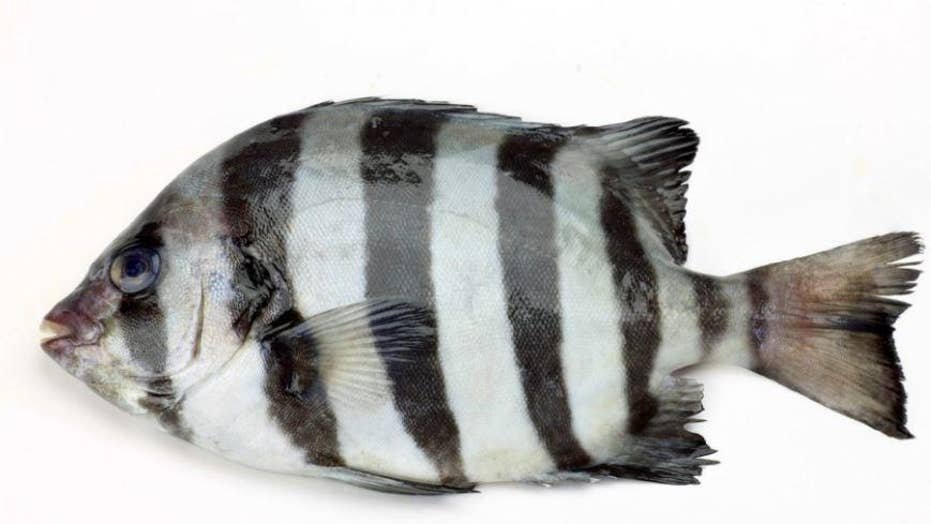 In March 2011, Japan experienced a massive tsunami that was the aftermath of a 9.1 earthquake, the largest the country has ever experienced. It resulted in the deaths of an estimated 29,000 people and caused approximately $235 billion in damages, making it the deadliest natural disaster in history.

While the aftermath of the devastating events may have left a lasting impact on the Japanese population, it also upended a great number of marine life, including rerouting the barred knifejaw nearly 5,000 miles from home.

Divers have recently found the barred knifejaw, a fish native only to Japan, swimming in the waters of Monterey Bay, Calif., according to CNN. The fish, known for its zebra-like appearance (it has black and white stripes), has been spotted several times in the area and likely emigrated halfway across the world because of the 2011 natural disasters.

"It can't be mistaken for any local fish," said diver Nicholas Ta, who has been in the area nearly every day for five years. "Other fish are kind of camouflaged and they kind of match the environment around them," he told the news outlet.

According to a 2017 study in the journal Science, researchers believe 289 species were transported over the span of six years due to the 2011 East Japan earthquake and the subsequent tsunami.

"Most of this dispersal occurred on nonbiodegradable objects, resulting in the longest documented transoceanic survival and dispersal of coastal species by rafting," the study's abstract reads. "Expanding shoreline infrastructure has increased global sources of plastic materials available for biotic colonization and also interacts with climate change–induced storms of increasing severity to eject debris into the oceans. In turn, increased ocean rafting may intensify species invasions."

This approach is backed up by the United States Geological Survey (USGS), which wrote they were "most likely" introduced to the area by means of "rafting on tsunami debris."

The first barred knifejaw was originally spotted in December 2014, but Ta did not recognize it. It was only later, after his friend Dennis Lewis helped him identify the fish and alert him to be on the lookout for it in the future.

Known as Oplegnathus fasciatus, the barred knifejaw is exceptionally valuable in Japan both for food and as a game fish.

The USGS said that the barred knifejaw breeds from April to July and the juveniles float among seaweed and eat zooplankton. Adults, which have sharp beaks, feed on snails and barnacles.

It's unclear what the impact of the species is in the new ecosystem, "as no studies have been done to determine how it has affected ecosystems in the invaded range," the USGS added.