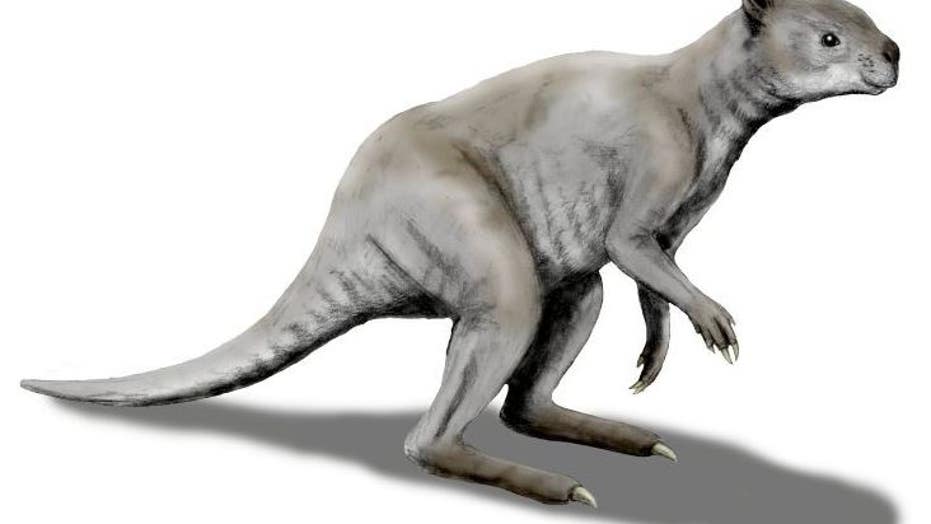 A gigantic kangaroo that roamed southwestern Australia more than 40,000 years ago had something in common with giant pandas, scientists discovered.

These particular short-faced kangaroos, now extinct, weighed more than 260 points, stood as tall as adult men, consumed plants and, according to a new study published in the journal PLOS One, had a large jaw that allowed them to easily bite through tough edibles like mature leaves, stems and branches.

Giant pandas, which consume similarly tough vegetation, have similar jaw bones and muscles, scientists found. The kangaroo's jaw is closer in terms of shape and size to that of today's giant pandas than to that of modern-day kangaroos, according to the study.

“In general, they would have appeared quite different to modern-day kangaroos, with more thick-set bodies, long muscular arms with extended fingers, often only a single big toe on each foot, and box-shaped heads that were shaped more like a koala’s,” study author D. Rex Mitchell told Newsweek.

The extinct kangaroo managed to adapt in order to enjoy foods that were hard to chew more than any Australian herbivore alive in the present day. Modern kangaroos, however, now eat mostly grasses, flowers, ferns and moss.

“The ability to consume parts of plants that other herbivores of the time could not would have offered them a competitive edge when times were tough,” Mitchell said.