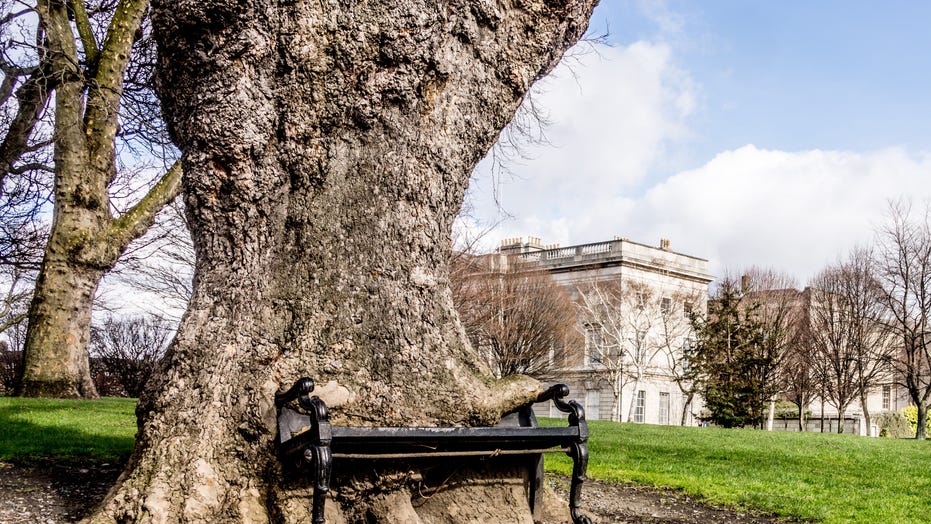 A London Plane tree that sits on the grounds of a university in Ireland appears to be eagerly eating a cast iron bench.

The tree, which is of a variety widely planted in Dublin in the 19th century, is 69 feet tall and 11.4 feet wide, according to the Tree Council of Ireland -- which proclaimed it a "heritage tree" in 2017.

Photographer William Murphy captured a series of images that show the tree appearing to "eat" an iron bench.

The tree is located on the grounds of The Honorable Society of King's Inns, which is Ireland's oldest school of law, having been established in 1541.

"They are a lovely part of the history of the north inner city," Green Party councilor Ciaran Cuffe, who proposed a motion to protect the tree in 2017, told The Irish Times. "A bit like the Blessington Basin, it is a hidden gem. I love it and I'd hate to lose it."