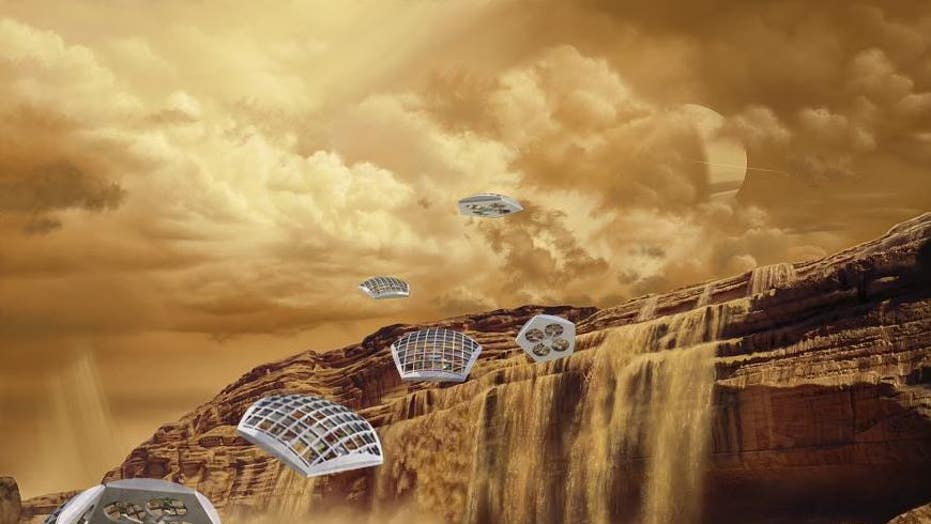 New shapeshifting robots from NASA could give us new access to far-flung parts of the galaxy -- including Saturn's moon Titan.

The Shapeshifter concept is being developed at the space agency's Jet Propulsion Laboratory in Pasadena, California, and NASA describes it as a "contraption that looks like a drone encased in an elongated hamster wheel rolls across the yard, then splits in half."

The Shapeshifter concept is something that will eventually allow for exploration of Saturn's moon Titan, which is the only other world in the solar system known to have liquid in the form of methane lakes, rivers and seas on its surface, according to JPL Principal Investigator Ali Agha.

"We have very limited information about the composition of the surface. Rocky terrain, methane lakes, cryovolcanoes - we potentially have all of these, but we don't know for certain," Agha said in a statement. "So we thought about how to create a system that is versatile and capable of traversing different types of terrain but also compact enough to launch on a rocket."

NASA sees Shapeshifter as comprising several autonomous robots, known as "cobots," that would be able to self-assemble into larger contraptions. They would then be able to move together or separate depending on the needs of the mission.

Agha sees a "mothercraft" type of lander that would touch down on Titan and serve as an energy source for the cobots while also carrying scientific instruments. Flight is easier on Titan, which has a dense atmosphere and low gravity.

A prototype of the transforming robot Shapeshifter is tested in the robotics yard at NASA's Jet Propulsion Laboratory. (NASA/JPL-Caltech)

"It is often the case that some of the hardest places to get to are the most scientifically interesting because maybe they're the youngest, or they're in an area that was not well characterized from orbit," Jason Hofgartner, JPL's lead scientist for Shapeshifter, said in the same statement. "Shapeshifter's remarkable versatility enables access to all of these scientifically compelling places."