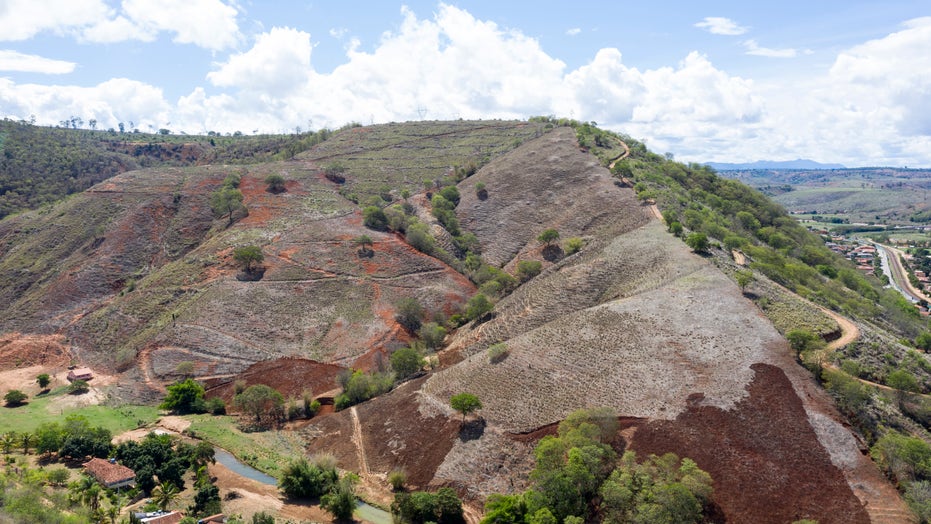 The planet's wildlife is increasingly living under the boot of humankind, a new study claims.

A group of researchers from the Wildlife Conservation Society (WCS), University of Queensland and elsewhere used a comprehensive dataset on the "human footprint," which calculates the accumulated impact of human activities on the land's surface, to discover that a staggering 20,529 terrestrial vertebrate species are facing intense pressure from humanity.

Out of that number, about 85 percent have had half their range exposed to human pressure, according to the study, published in the journal Global Ecology and Conservation.

“Our work shows that a large proportion of terrestrial vertebrates have nowhere to hide from human pressures ranging from pastureland and agriculture all the way to extreme urban conglomerates," the paper’s lead author, Christopher O’Bryan of the University of Queensland, said in a WCS press statement.

Aerial view of a former well-preserved hill, now deforested by deforestation in the village Aimorés, near the Instituto Terra (about 500 meters away) on November 22, 2019 in Aimorés, Brazil. (Christian Ender/Getty Images)

Although their findings are dire, the authors believe the results could improve how species’ vulnerability is assessed with subsequent benefits for other areas of conservation.

Senior author James Watson, of WCS and the University of Queensland, explained: “Given the growing human influence on the planet, time and space are running out for biodiversity, and we need to prioritize actions against these intense human pressures. Using cumulative human pressure data, we can identify areas that are at higher risk and where conservation action is immediately needed to ensure wildlife has enough range to persist. ”