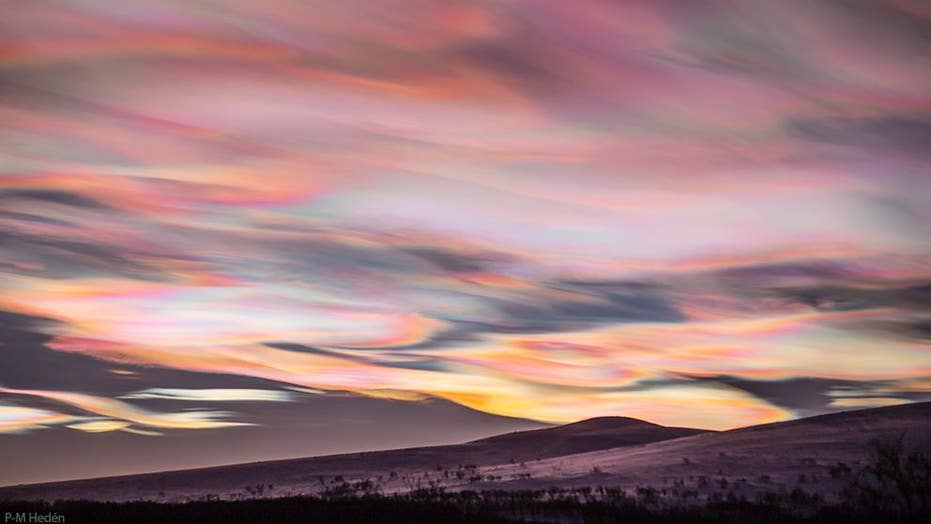 A picture of luminous nacreous clouds over Sweden was released by NASA on Friday.

"Vivid and lustrous, wafting iridescent waves of color filled this mountain and skyscape near Tanndalen, Sweden," NASA writes in a statement.

Nacreous clouds, which are also known as mother-of-pearl clouds, are very rare to appear but impossibe to forget.

They tend to appear within two hours after sunset and appear as lightweight sheets that blaze with bright colors in the night sky.

Nacreous clouds are most common in higher altitudes such as Scandinavia, Iceland, Alaska and Northern Canada -- although they can appear elsewhere.

The space agency released a dazzling image of the Crab Nebula recently to create a view of the imploding star.