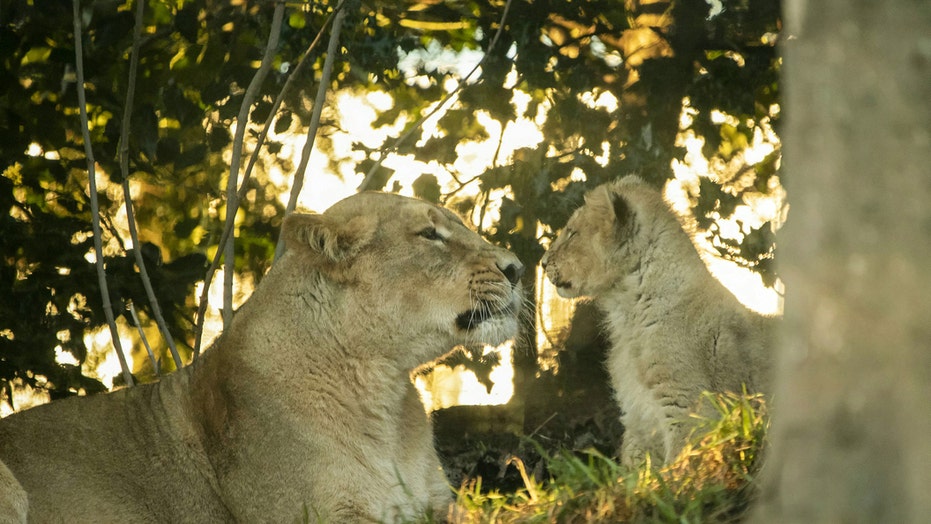 A tender moment for the king of the jungle.

A lioness at Edinburgh Zoo in Scotland was captured on film nuzzling its five-month-old cub, British news agency SWNS reports.

The lioness, known as Roberta, gave birth to five cubs in August 2019, but only three survived. They have been named Mitaali, Keshari and Kushanu.

This is the adorable moment an Asiatic lion cub nuzzles its mother Roberta at the Edinburgh Zoo. (Credit: SWNS)

Roberta, an Asiatic lion, came to the zoo in 2014 after having lived at the Magdeburg Zoo in Germany. She eventually mated with Jayendra, who came from the Bristol Zoo in 2012. Both Roberta and Jayendra are part of the European endangered species program, SWNS added, pointing out that every additional birth could aid in the possibility they are released into the wild.

Roberta was snapped touching noses with a five-month-old cub at Edinburgh Zoo. The mum gave birth in August 2019 to five cubs - but only three survived. The three Asiatic lion cubs were named Mitaali, Keshari and Kushanu. (Credit: SWNS)

According to the World Wildlife Fund, Asiatic lions are endangered, slightly smaller in stature than their African cousins and have an estimated population at just over 500.

"Asiatic lions were once distributed up to the state of West Bengal in east and Rewa in Madhya Pradesh, in central India," the WWF wrote on its website, adding that "Gir National Park and Wildlife Sanctuary [in western India] is the only abode of the Asiatic lion."