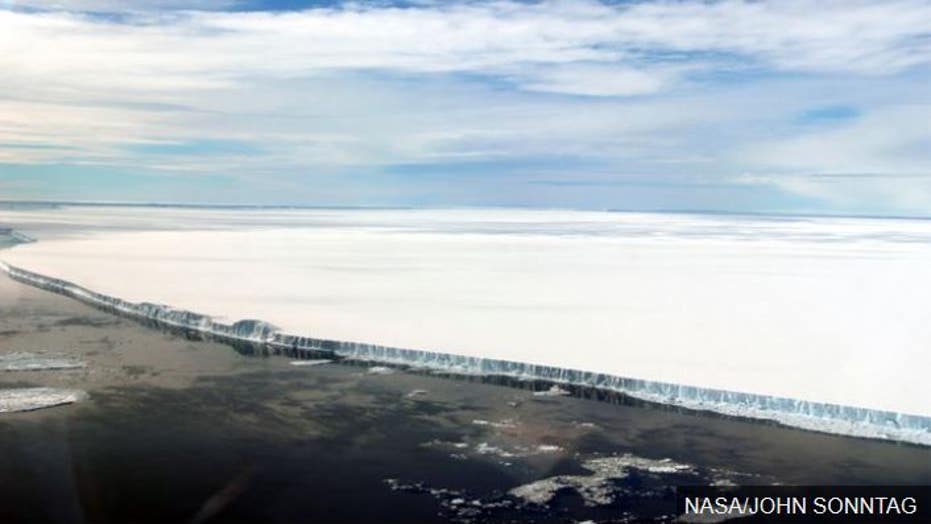 The world's largest iceberg has gotten a bit smaller.

The gigantic berg, known as A-68, spans about 1,969 square miles and has been the largest free-floating piece of ice since July 2017, when it broke away from Antarctica.

However, on Thursday, a chunk measuring 67 square miles broke off of it.

The iceberg is currently moving north from the Antarctic Peninsula, riding currents that are likely to bring it toward the South Atlantic.

Adrian Luckman of Swansea University has been following A-68's progress and told BBC News the new fracture could mark the beginning of the end of this icy giant.

Is the world's biggest iceberg about to break up? (NASA/John Sonntag)

"I am continually amazed that something so thin and fragile has lasted so long on the open sea," Luckman said.

Evidence of Thursday's split came via a radar image acquired by the European Union's Sentinel-1 satellite.

"I suspect that the final break-up is now starting, but the ensuing fragments will probably be with us for years," the researcher added.

Scientists don't know how much longer the huge berg can maintain its present size. However, even if more of it breaks off, they believe the individual icy blocks could persist well into the coming decade.