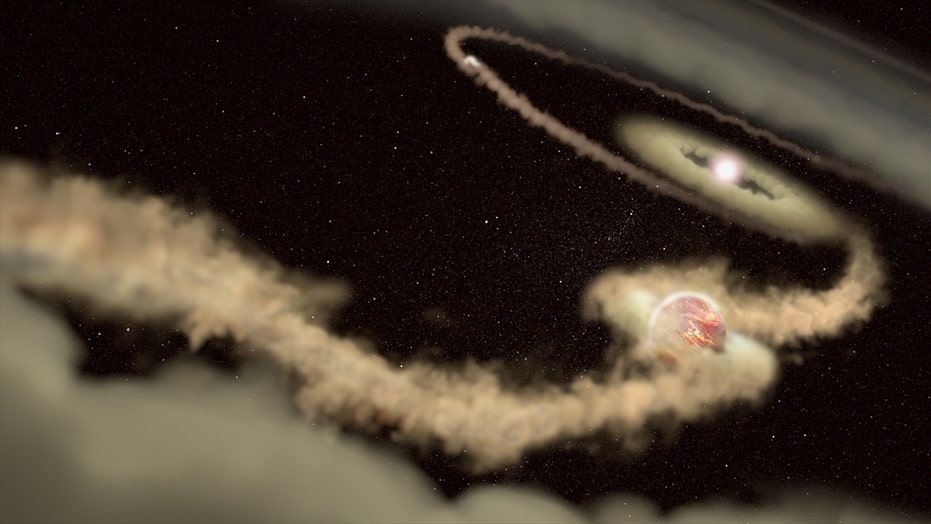 The newborn planets are gravitationally carving out a wide gap within “a planet-forming disk” surrounding the 6-million-year-old star, according to a statement released by the researchers. Space.com reports that the two growing worlds are caving the gap in the “disk” of gas and dust around the star, which is slightly smaller than our Sun.

The study is published in the journal Nature Astronomy. “The discovery of these two worlds is significant because it provides direct evidence that forming planets can sweep enough material out of a protoplanetary disk to create an observable gap,” scientists explain, in the statement.

While over a dozen exoplanets have been directly imaged, this is only the second time that a multi-planet system has been photographed, researchers say.

"This is the first unambiguous detection of a two-planet system carving a disk gap,” added Julien Girard of the Space Telescope Science Institute in Baltimore, Maryland, one of the co-authors of the study. With facilities like ALMA [the Atacama Large Millimeter/submillimeter Array in northern Chile], Hubble, or large ground-based optical telescopes with adaptive optics we see disks with rings and gaps all over. The open question has been, are there planets there? In this case, the answer is yes.”

PDS 70 c was spotted from the ground using the MUSE spectrograph on European Southern Observatory’s Very Large Telescope (VLT) in Chile. Astronomers used a new observing mode on the telescope that allowed it to “lock onto” light emitted by hydrogen. “This new observing mode was developed to study galaxies and star clusters at higher spatial resolution. But this new mode also makes it suitable for exoplanet imaging, which was not the original science driver for the MUSE instrument,” said Sebastiaan Haffert of Leiden Observatory, the paper’s lead author. “We were very surprised when we found the second planet,”

Experts are hopeful that NASA's James Webb Space Telescope, which is scheduled for launch in 2021, will provide more detail of the system and other “planet nurseries.”

In a separate project earlier this year, scientists released the first-ever image of a black hole, revealing the distant object in stunning detail.