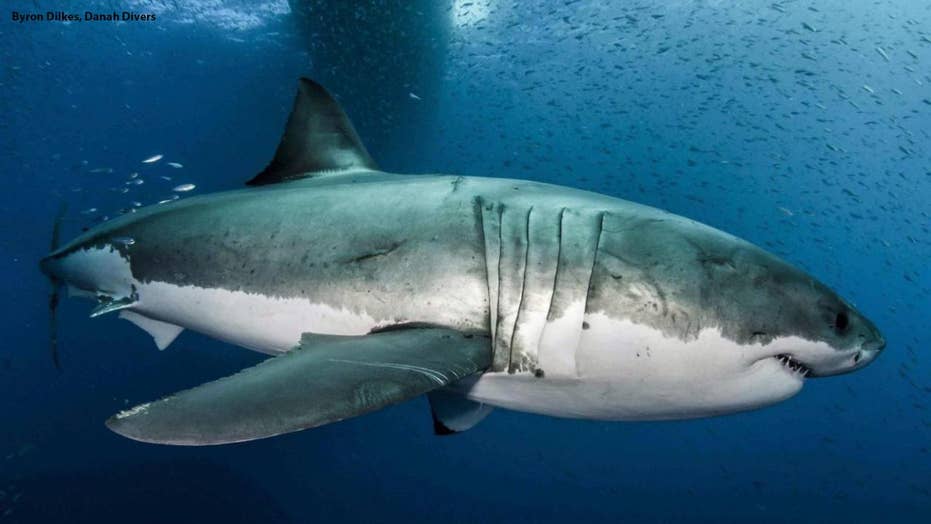 What do mercury, arsenic and lead have in common? If you guessed they’re all heavy metals, you’re right — at least, in part. These elements are also found in the blood of great white sharks, according to a recent study.

Researchers with the University of Miami studied blood samples from great white sharks in South Africa and found the specimens contained levels of mercury, arsenic and lead that would likely be toxic to many other animals. Interestingly, however, these metals don’t adversely affect sharks — at least in terms of their “body condition, total leukocytes and granulocyte to lymphocyte ratios,” per the University of Miami's news release on the findings, which were published in the Marine Pollution Bulletin in March.

One possible explanation may be due to their “inherent physiological protective mechanism that mitigates the harmful effects of heavy metal exposure,” Liza Merly, the study's lead author and senior lecturer at the University of Miami Rosenstiel School of Marine and Atmospheric Science, said in a statement.

Researchers obtained the results by looking at the blood samples from 43 great whites, which scientists collected in 2012 during an Ocearch expedition. Later, they screened the blood “for concentrations of 12 trace elements and 14 heavy metals.”

The results indicated there are “no adverse effects on their immune system,” according to the university.

“As top predators, sharks bio-accumulate toxins in their tissues via the food web from the prey they eat. So by measuring concentrations of toxins, such as mercury and arsenic, in the blood of white sharks, they can act as 'ecosystem indicators' for the health of the ecosystem, with implications for humans," explained Neil Hammerschlag, a study co-author and research associate professor at the university’s Rosenstiel School and Abess Center for Ecosystem Science & Policy.

"Basically, if the sharks have high levels of toxins in their tissues, it is likely that species they eat below them will also have toxins, including fishes that humans eat,” he continued.

The study is said to be the first “published account of blood concentrations of heavy metals in wild sharks,” according to the university’s news release.

“The data is instrumental in creating a baseline and reference for levels of heavy metals present in the blood of white sharks in South Africa. Considering many populations of large sharks are experiencing declines across the globe, it is important to understand the impact of toxic metals, if any, in this population,” it continued.