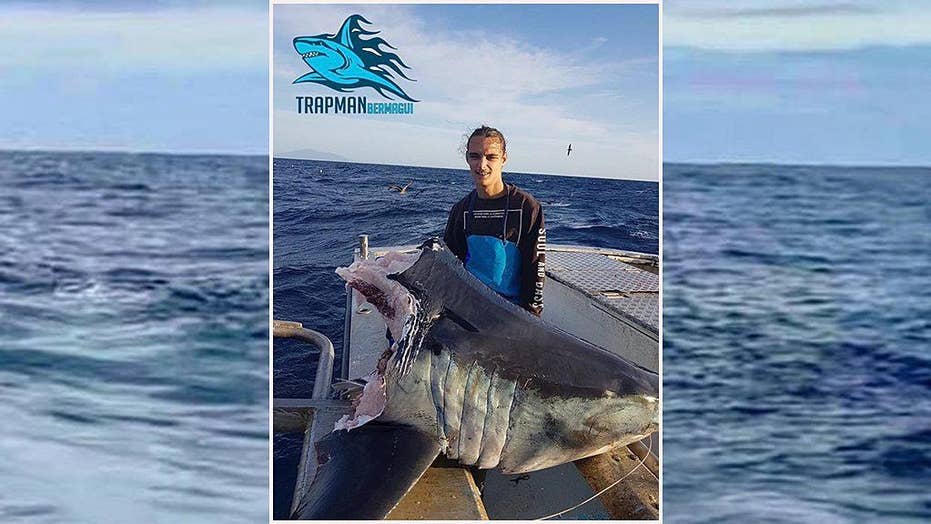 Massive shark discovered with head bitten off in Australia

An enormous shark found with its head bitten off by an even larger beast off of the coast of Australia.

An Australian fisherman has found a huge severed shark's head in the ocean, sparking fears there could be massive super shark roaming the waters.

Trapman Bermagui - also known as Jason - made the discovery in waters off the coast of Sydney, Australia, this morning and is desperate to know what monster ate the rest of the shark's body.

Jason was shark fishing off the coast of Bermagui, a town in New South Wales, when he picked up the mako shark head - weighing 220lbs.

He wrote on Facebook alongside a picture of the huge head next to a young man: "So this was all we got back of this monster mako. Unfortunately we didn't see what ate it but must of been impressive!! The head was about 100kg.

"It was a crazy morning of shark fishing. Hoping to catch smaller sharks but just hooked big sharks that got eaten by bigger sharks again."

A mako shark can grow up to 12ft long and weigh up to 1,260lbs and they are the fastest sharks, swimming up to 46mph.