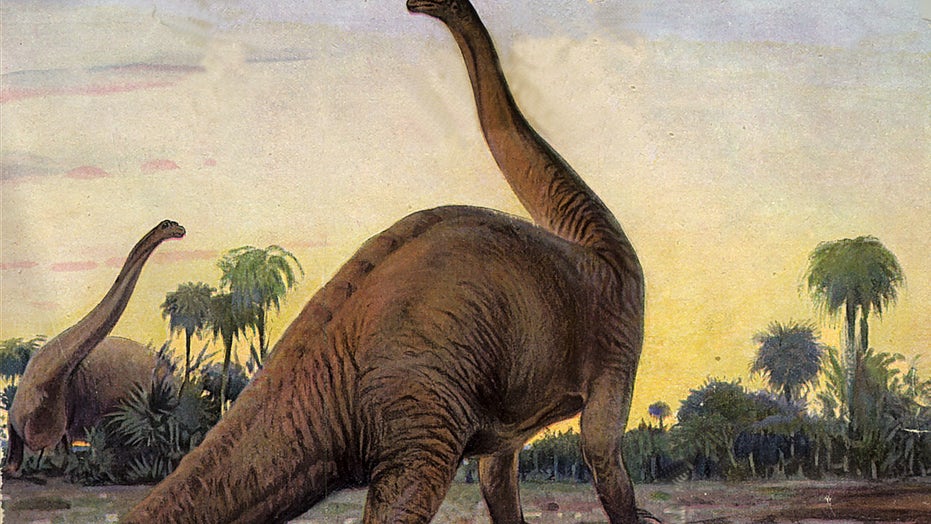 Gigantic sauropods, some of the largest creatures to ever roam the Earth, apparently once walked only on their front feet.

The huge dinosaurs, which include the Brontosaurus and Brachiosaurus, among others, are thought to have needed all four of their thick legs to support their oversized bodies.

A new study, which refers to the dinosaurs as "thunder lizards," offers support for a somewhat controversial view among scientists: that these giants were able to move around on only two legs at certain times.

Researchers studied three sauropod trackways in Texas that were unusual because they seemed to be manus-only, meaning footprints created only by their front limbs.

Fossil researcher Roland T. Bird had hypothesized the same about some strange dinosaur tracks that were on ranch grounds in Bandera, Texas, according to Science Alert.

"Without a doubt made by a sauropod, but as I interpret them, made by an individual while swimming," Bird wrote in a letter in 1940. "They were all typical forefeet impressions as if the animal had just been barely kicking bottom."

However, there are differing views among paleontologists about how these tracks came to be. As Science Alert reported, some experts believe that sauropods' forefeet are the only ones that leave track marks on certain ground surfaces because their rear limbs support less weight, therefore make less of an impression.

"Greater differential pressure exerted on the substrate by the forefeet than the hindfeet probably explains the Coffee Hollow trackways, like other manus-only sauropod trackways, but the possibility that they indicate unusual locomotion cannot at present be ruled out," the authors wrote in their paper's abstract.

The researchers told Science Alert that future discoveries will be needed to settle the matter once and for all.