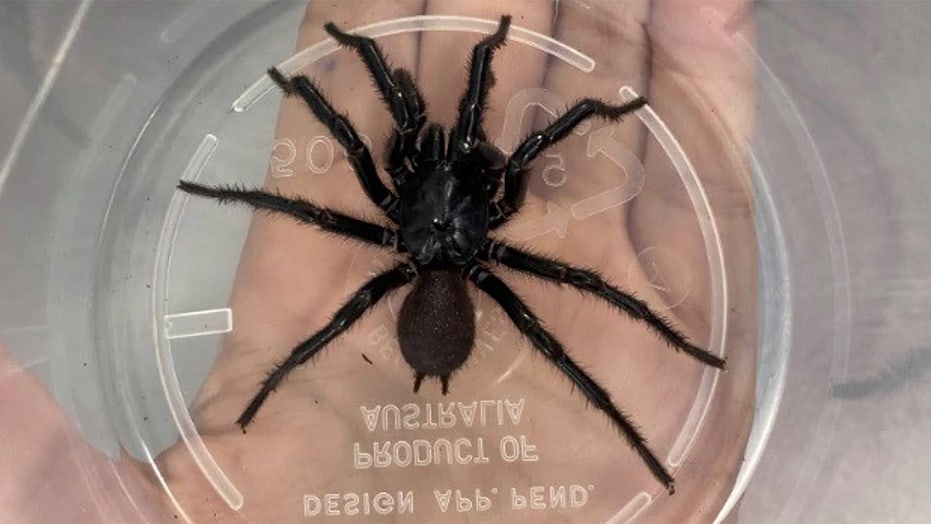 A funnel-web spider that was dropped off at the Australian Reptile Park earlier this year has been nicknamed after movie star Dwayne "The Rock" Johnson because of its massive size.

In January, the park asked members of the public to try to catch the spiders and bring them to safety, news.com.au reports. The spiders are caught for their venom, which is milked and turned into antivenom to save people's lives, the outlet added.

Park director Liz Gabriel said that having the male spider version of Dwayne "The Rock" Johnson was incredible because of the volume of venom it would produce.

“He is unusually large and more spiders like him will only result in more lives being saved due to the huge amount of venom they can produce,” she said, according to the Australian news outlet.

“People can bring any collected spiders to the Reptile Park itself," Gabriel added. "However, if they can’t get to us, we have dropoff zones around Sydney, the Central Coast and Newcastle and all facilities are provided with a spider safety kit to house the spiders until the Australian Reptile Park staff can come and pick them up each week.”

The park is the only facility in Australia that is able to milk the spiders. "Dwayne" was obtained after it was dropped off at John Hunter Hospital in Newcastle, one of the park's drop-off locations for the program.

According to the park's website, funnel-web spiders tend to reside in sheltered, shady spots that are cool and humid. It's possible the spider was driven from its home because of the recent rainy weather that has been followed by intense heat.

The spiders, which can reach upwards of 35 millimeters in length, have a diet that "consists mostly of insects, although items as large as frogs and lizards may also be taken," the park added.