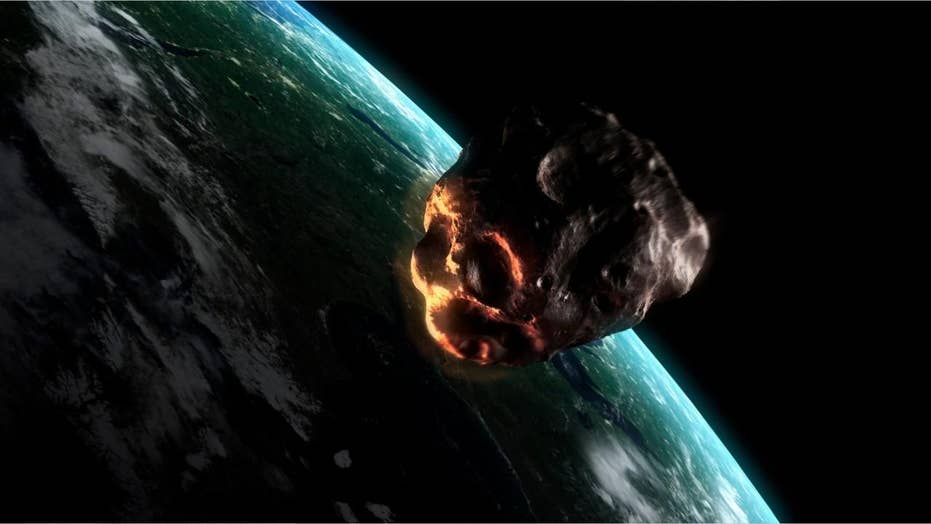 A giant asteroid hit earth 13,000 years ago and had 'global consequences’ causing mass extinction and more.

Nearly two-thirds of all Americans want the government to focus on monitoring asteroids in the event of a catastrophic strike. That concern may be deep-rooted in nature's history, according to a new study.

The research, published in the journal Palaeontologia Africana, suggests an asteroid strike with "global consequences" occurred 12,800 years ago. This devastating strike caused mass destruction, wiped out many species of animals and led to climate change, during an episode event known as Younger Dryas.

“Our finding at least partially supports the highly controversial Younger Dryas Impact Hypothesis (YDIH)," University of the Witwatersrand professor Francis Thackeray said in a statement. "We seriously need to explore the view that an asteroid impact somewhere on earth may have caused climate change on a global scale, and contributed to some extent to the process of extinctions of large animals at the end of the Pleistocene, after the last ice age.”

An artist's illustration of the proposed NEOCam spacecraft, which would hunt for asteroids that could pose a threat to Earth. (European Space Agency)

NEAR-EARTH OBJECTS COULD BE USED BY EXTRATERRESTRIALS 'TO WATCH OUR WORLD,' STUNNING STUDY SUGGESTS

The asteroid strike, which was officially verified in Greenland in November 2018, left a 19-mile crater and may have caused the disappearance of the Clovis people, a mysterious prehistoric group that vanished without a trace, according to The Sun.

The crater was first discovered in July 2015, but it took until November 2018 to confirm its source. According to NASA, the massive hole is "one of the 25 largest impact craters on Earth" and is said to have "rocked the Northern Hemisphere."

“There is some evidence to support the view that it might possibly have been the very place where a large meteorite struck the planet Earth 12,800 years ago,” Thackeray continued. “If this was indeed the case, there must have been global consequences.”

Thackeray and the other researchers discovered a “platinum spike” at a mining site in South Africa, including a sample about 12,800 years old. Platinum is rare on Earth but has been seen in large quantities in asteroids, giving some credence to the theory that the asteroid wiped out species, cooled the planet and caused global devastation.

There are 28 other spots around the world with platinum deposits similar to the one found in South Africa, suggesting that a plume of platinum-rich dust was kicked into the air around this time.

The study's findings are likely to cause controversy that it was responsible for the Younger Dryas, a period that saw the extinction of species such as woolly mammoths, bisons and giant sloths around the globe.

Still, Thackeray believes it may have at least played a part in the event.

“Without necessarily arguing for a single causal factor on a global scale, we cautiously hint at the possibility that these technological changes, in North America and on the African subcontinent at about the same time, might have been associated indirectly with an asteroid impact with major global consequences,” Thackeray added. “We cannot be certain, but a cosmic impact could have affected humans as a result of local changes in environment and the availability of food resources, associated with sudden climate change.”

One such possible asteroid that could cause this type of destruction is Apophis 99942, named for an Egyptian god of chaos. However, luminaries, such as Elon Musk, believe there is no reason to fear this asteroid, which will come within 19,000 miles of Earth on April 13, 2029, Fox News has previously reported.

Thackeray added that the possibility of this asteroid hitting Earth is 1 in 100,000, but warned "the probability of an impact may be even higher at some time in the future, as it comes close to Earth every 10 years.”