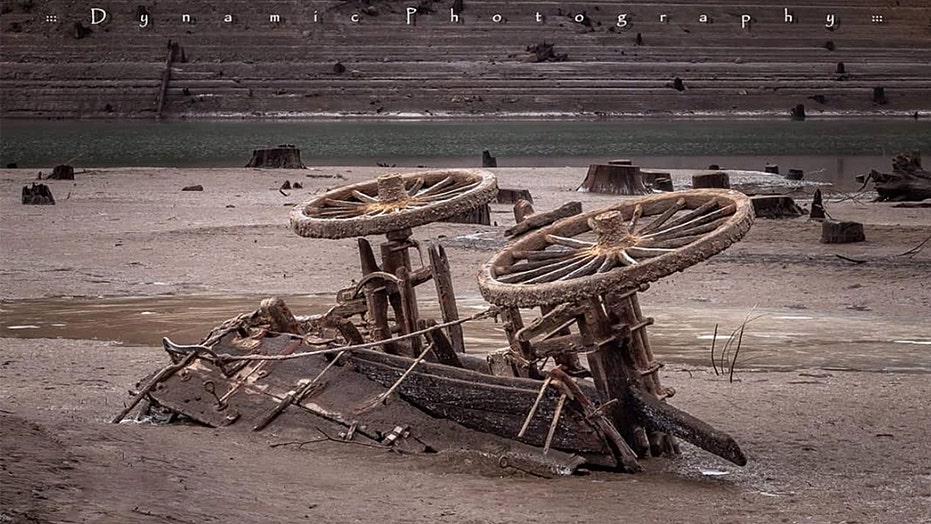 A mysterious 19th-century “ghost wagon” has appeared in an Oregon lake.

Salem, Ore.-based photographer and Marine Corps veteran Jeffrey Green posted an image of the wagon to Instagram on Jan. 23. In the post, Green explained that, for a couple of weeks in December 2019, the lake had to have its water drastically drawn down for dam maintenance.

“I headed up and searched 3 times while the water dropped day-by-day until I found this ‘historic utility wagon’, which had been left behind at the normally underwater site of the original town (site submerged in 1952),” Green wrote in the post. “Needless to say, it was an amazing experience to see it!”

Green added that the lake’s water level has returned to its normal winter levels. The wagon, he explained, “is safely 20-25 feet underwater and far from shore.”

On Facebook, Green provided more details on the discovery, which was made in Detroit Lake, a reservoir near Salem. Water conditions in the lake have helped preserve the 19th-century utility wagon, he said, noting that “over the decades, the (low oxygen) cold water has done an amazing job of preserving it.”

After using binoculars to locate the wagon, Green attempted to get as close as he could. “I had trouble getting closer than about 15 feet to it, because the ground all around it was the consistency of whipped cream with nothing solid under it. I tried to get through it, but quickly sank and got stuck nearly up to my waist,” he wrote. “Once unstuck, and covered in mud from head to toe, I snapped several images and simply gazed at in awe. Several days later the water level started going back up.”

The Salem Statesman Journal reports that the wagon was also spotted during a drought in 2015.

Other mysterious artifacts from bygone eras occasionally appear in other parts of the U.S., typically on beaches. A shipwreck linked to a mutiny and murder mystery, for example, recently emerged from the sands of a North Carolina beach.

Other North Carolina shipwrecks have also been garnering attention. In October 2019, a mysterious shipwreck emerged on a Hatteras Island beach in the wake of a storm before being swallowed up by the sand.

Earlier in 2019, the creepy skeleton of an 86-year-old shipwreck was also revealed by the shifting sands of Hatteras Island.