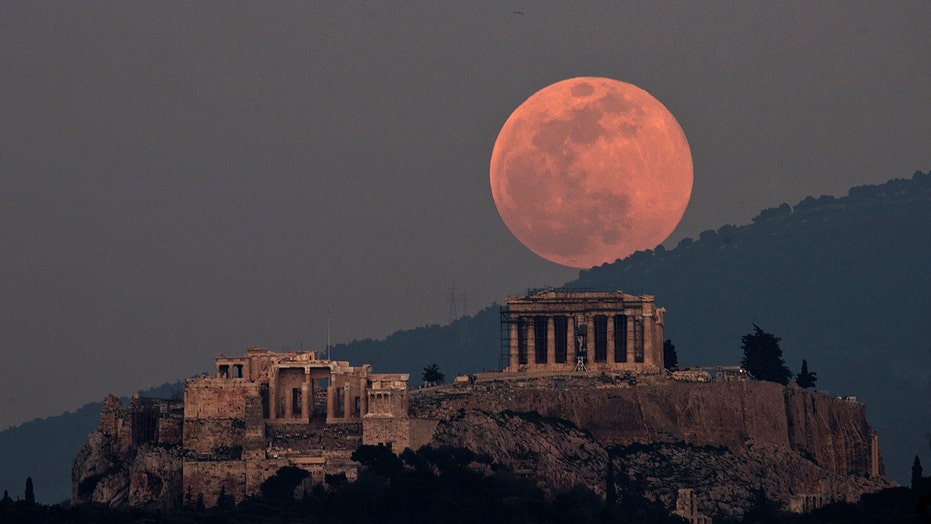 Though supermoons are a special form of full moon, there are several defining characteristics that set the rare phenomenon apart from the traditional and more frequent full moon.

So, what exactly is a supermoon?

The full moon rises behind a steeple with crosses of an Orthodox church in Minsk, Belarus, Tuesday, Feb. 19, 2019. (AP Photo/Sergei Grits)

The term “supermoon” was initially coined by astronomer Richard Nolle in 1979. Nolle defined the term as “a new or full moon which occurs with the moon at or near (within 90 percent of) its closest approach to Earth in a given orbit.”

When the moon’s elliptical orbit is at its closest point to Earth, this moment — in scientific terms — is referred to as perigee.

“When a full moon appears at perigee it is slightly brighter and larger than a regular full moon—and that’s where we get a ‘supermoon,’” according to NASA.

NASA further notes that “Extreme perigees and apogees, or the most distant point in the orbit, happen on a predictable basis. Something that’s out of the ordinary: Having a full moon at the same time as an extreme perigee” — highlighting the rarity of a supermoon occurrence.

In all, there are two main points that separate a supermoon from any other moon-related phenomena. The moon, for one, must be at perigee in its 27-day orbit and must also be a full (or new) moon, which occurs roughly every 29.5 days.

A supermoon rises in front of a replica of the Statue of Liberty sitting atop the Liberty Building in downtown Buffalo, N.Y., Sunday, Dec. 3, 2017. (AP Photo/Julio Cortez)

It should also be noted that the moon has an elliptical orbit, not a circular one. Given the moon has an average distance of 238,000 miles from Earth, its apogee and perigee usually differ every lunar month.

"The main reason why the orbit of the moon is not a perfect circle is that there are a lot of tidal, or gravitational, forces that are pulling on the moon,” NASA’s Dr. Noah Petro told Space.com. “You have all these different gravitational forces pulling and pushing on the moon, which gives us opportunities to have these close passes.”

While experts are currently debating the validity of Sunday’s potential supermoon, Nolle lists March 9 and April 8 as the only full supermoons for 2020.