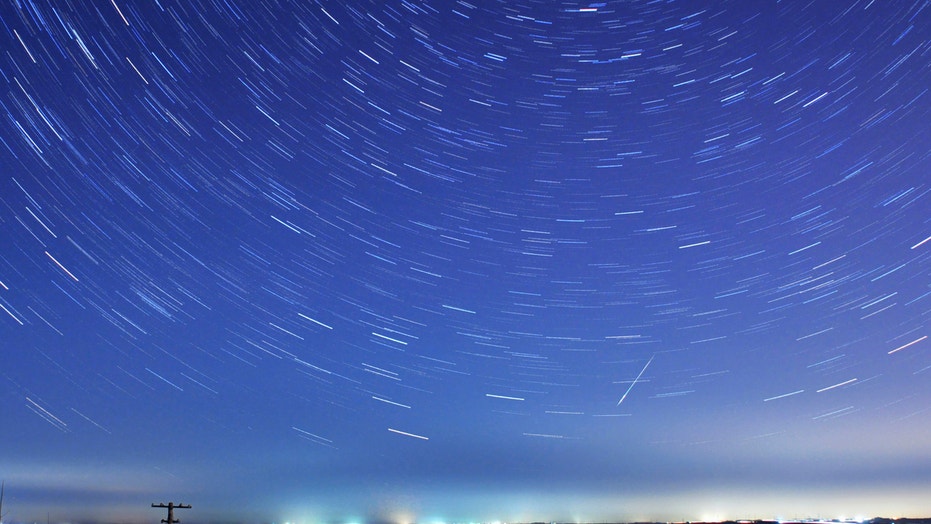 Meteor flashes across the sky over St. Louis

Skywatchers in the eastern U.S. could enjoy a spectacular, but brief "unicorn meteor" shower on Thursday night.

The alpha Monocerotids have been dubbed unicorn meteors because they radiate from the constellation Monoceros, the Greek word for unicorn, according to EarthSky.

“In 2019 this usually minor shower has a high possibility of being unforgettable, although hard to catch,” EarthSky notes.

Writing on the Meteor News website, astronomers Esko Lyytinen and Peter Jenniskens explain that “there is a good chance to observe a short-lived outburst of the alpha Monocerotids in the morning of the night 2019 November 21–22.”

METEOR LIGHTS UP THE SKY OVER THE GATEWAY ARCH IN ST. LOUIS

The “outburst” is expected at 11.50 p.m. EST, according to the astronomers, who say that it will last between around 15 and 40 minutes.

“Anyone who is going to try to observe should not be late at all,” they explain, advising skywatchers to go outside at 11.30 p.m. EST, or even 15 minutes earlier if they don’t want to miss any meteors at all.

A meteor streaks past stars during the annual Quadrantid meteor shower in Qingdao, Shandong province, Jan. 4, 2014. Picture taken with a long exposure. (REUTERS)

Citing the scientists, Earth Sky reports that you have to be in the eastern part of North America, Western Europe or South America to see the meteor shower. The shower will be “relatively low” in the eastern sky, according to Sky and Telescope.

A camera recently captured the incredible moment when a meteor lit up the sky over the iconic Gateway Arch in St. Louis.

A small chunk of an asteroid or comet is also known as a meteoroid. When it enters Earth's atmosphere, it becomes a meteor or fireball or a shooting star. The pieces of rock that hit the ground, valuable to collectors, are meteorites.