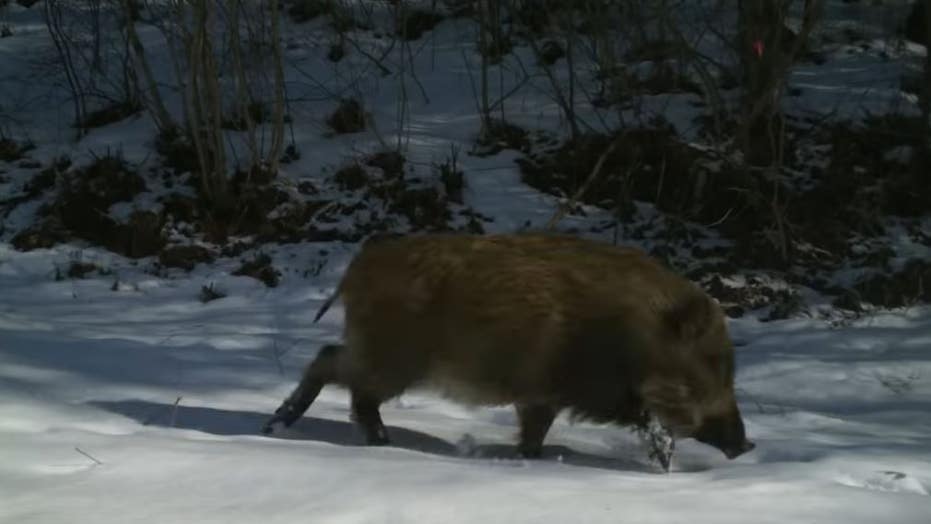 The 2011 earthquake and tsunami that caused Fukushima's nuclear plant to melt down prompted the Japanese goverment to evacuate a huge area as dangerous radiation spread.

The evacuated region, which was carved up into several zones based on how the radiation spread, has become home for a wide range of wild animals that apparently found a way to thrive amid the desolation despite the radiation.

Researchers set up cameras in all of the zones. They were able to collect more than 267,000 images over the course of two 60-day periods, providing a unique glimpse of animals roaming the Fukushima countryside -- including feral hogs, monkeys and a fox.

Wildlife has thrived amid the devastation in Fukushima, (University of Georgia)

“Over time, some wildlife species have responded favorably to the absence of humans, even in the presence of high radiation levels, resulting in a rewilding of the evacuation zones,” Thomas Hinton, a radioecologist at the Institute of Environmental Radioactivity at Fukushima University who worked on the study, told Earther.

Human beings have put an unrelenting amount of pressure on animals. Whether fueled by the clearance of land, by wildfires or by a warming climate, some scientists believe we are at the start of a sixth mass extinction event.

Their study, which was released Friday, was published in Frontiers in Ecology.

“Humans are nature’s cancer,” Hinton explained. “Our ever-expanding presence has discernible impacts on many wildlife species. Nature, however, is resilient and if the stress of persistent human presence is reduced, many wildlife populations are about to rebound and increase in numbers.”