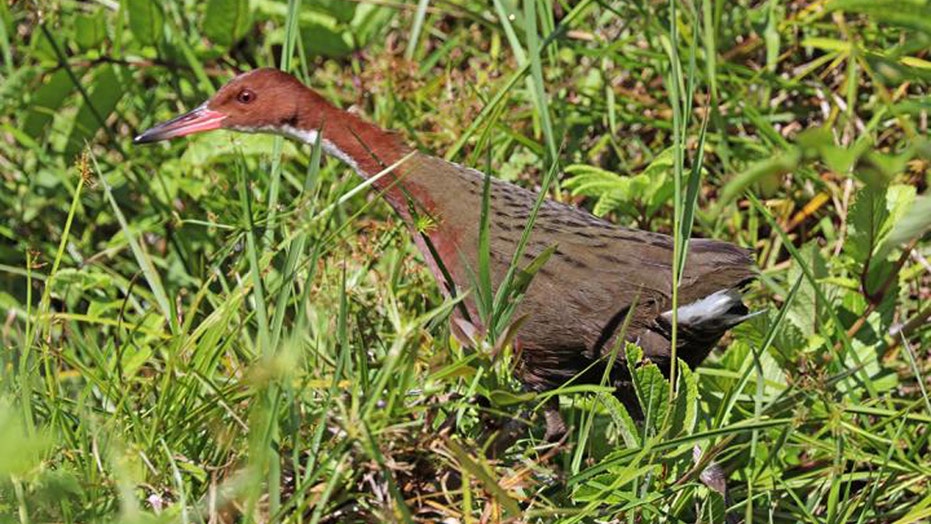 A bird that had previously gone extinct came back to life thanks to a rare evolutionary process known as "iterative evolution."

The white-throated rail bird can presently be found on the island of Aldabra. Early fossils of the bird suggest it lived there thousands of years ago and died out because it could not fly to higher ground when rising sea levels threatened its safety. But thanks to "iterative evolution," which evolves similar body parts due to genetics from a similar ancestor, the bird came back from the dead.

"We know of no other example in rails, or of birds in general, that demonstrates this phenomenon so evidently," the study's co-author, University of Portsmouth professor David Martill, said in a statement. "Only on Aldabra, which has the oldest palaeontological record of any oceanic island within the Indian Ocean region, is fossil evidence available that demonstrates the effects of changing sea levels on extinction and recolonization events."

The study's abstract gives details on how it happened. "A flightless Dryolimnas has been identified from two temporally separated Aldabran fossil localities, deposited before and after the inundation event, providing irrefutable evidence that a member of Rallidae colonized the atoll, most likely from Madagascar, and became flightless independently on each occasion," the abstract reads. "Fossil evidence presented here is unique for Rallidae and epitomizes the ability of birds from this clade to successfully colonize isolated islands and evolve flightlessness on multiple occasions."

The research has been published in the scientific journal, Zoological Journal of the Linnean Society.

In order to make the determination that the extinct bird had evolved thanks to iterative evolution, they looked at fossils from 100,000 years ago, after sea-levels began to fall off during the last Ice Age. Upon inspecting the fossils, the wing bone showed "an advanced state of flightlessness," while the ankle bone showed properties that would suggest it was evolving towards flightlessness.

It was determined that the species in Madagascar gave rise to two different species that lived on the isolated island of Aldabra, both coming in the space of a few thousand years.

"These unique fossils provide irrefutable evidence that a member of the rail family colonized the atoll, most likely from Madagascar, and became flightless independently on each occasion," the study's lead researcher, Dr. Julian Hume added in the statement. "Fossil evidence presented here is unique for rails, and epitomizes the ability of these birds to successfully colonize isolated islands and evolve flightlessness on multiple occasions."