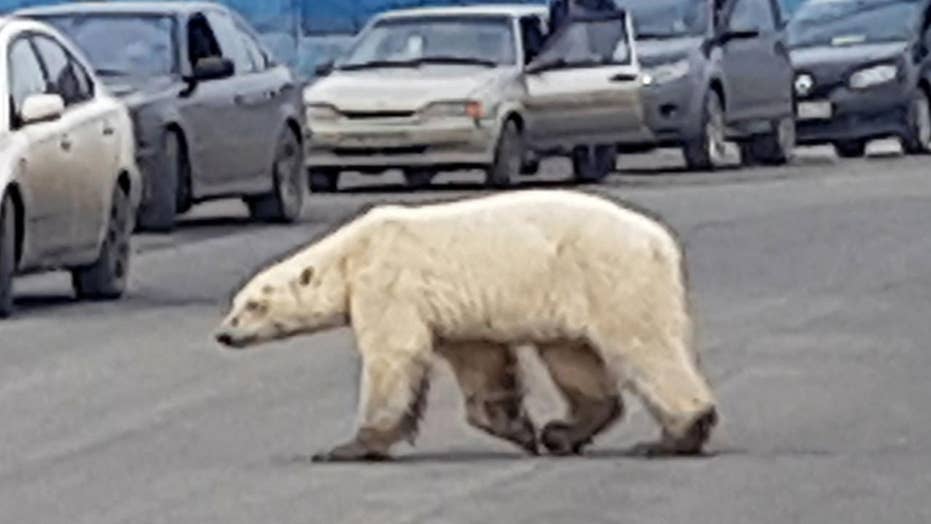 Environmentalists warn that climate change is responsible for the emaciated polar bear in a Russian industrial city, far from its natural habitat.

An emaciated polar bear was spotted in a Russian industrial city, far from its home.

Officials in Norilsk warned residents on Tuesday that a bear had been spotted crossing the city's streets, far south of its regular hunting grounds.

Anatoly Nikolaichuk, chief of the local hunting department, told the Tass news agency that the last time a polar bear was seen in the area around Norilsk was more than 40 years ago.

He said that local officials will now decide whether they can catch the animal and airlift it back to the north.

The hungry-looking bear was hundreds of miles south of its normal habitat, according to local reports.

DID PUPPY DOG EYES EVOLVE BECAUSE OF HUMANS?

According to environmentalists, wild animals are suffering from the shrinking hunting environment and the receding ice as the Arctic is getting warmer. That changing climate has pushed some of them to venture south in search of food.

Polar bears are "highly vulnerable" in the changing climate because of their dependence on sea ice, according to The World Wildlife Fund.

"Priorities for climate-informed polar bear conservation should include identifying and protecting the “last ice areas,” the parts of the Arctic that are projected to retain sea ice farthest into the future," the organization states.

One local resident who photographed the bear told the Siberian Times that the animal didn't look so good. 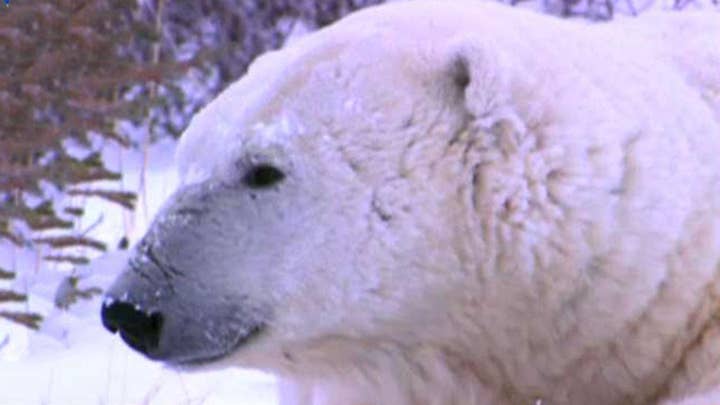 "He is seriously hunger-bitten, he is hardly able to blink and keep his eyes open, almost unable to walk,’ Irina Yarinskaya told the Siberian Times. "He was lying for a long time, having a rest, then he crossed the road and entered the industrial zone."

The strange polar bear images surfaced the same week that photos showing dogs seeming to "walk on water" because of warming conditions on the Greenland ice sheet.