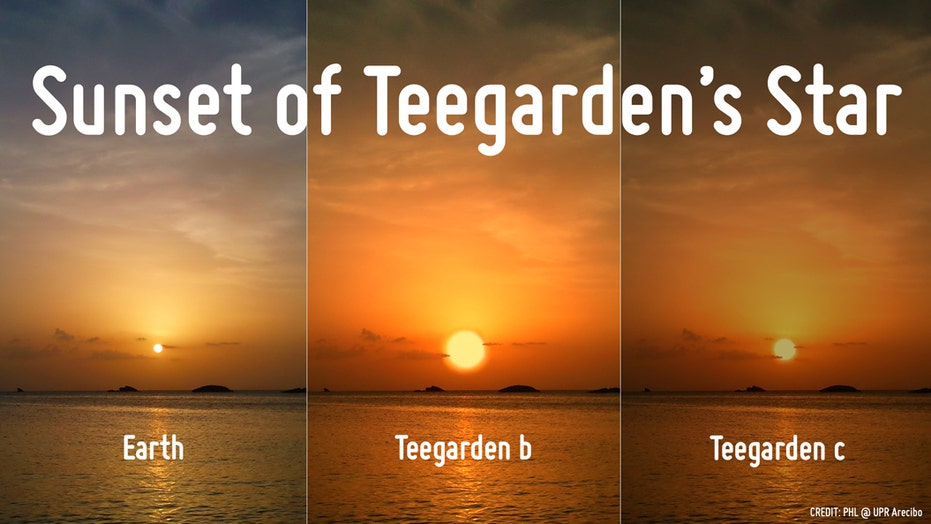 Two recently discovered "Earth-like" exoplanets could have liquid water on their surfaces and potentially support life, according to a new study.

Known as Teegarden b and Teegarden c, the exoplanets are likely within the star's "habitable zone," according to the abstract of the study, which was published in The Astrophysical Journal Letters.

"They are among the most Earth-like exoplanets yet discovered," the study's abstract reads. "Applying an analytic habitability model we find that surface liquid water could be present on both planets for a wide range of atmospheric properties, which makes them attractive targets for biosignature searches."

The planets orbit the star known as Teegarden's star, a red dwarf in the Aries constellation that is 12 light-years from Earth. They were first discovered in June as part of the CARMENES search for exoplanets, according to a press release.

Teegarden b and c have extraordinarily short orbits, at just 4.9 and 11.4 days, respectively. They also always face Teegarden's star with the same side, a condition known as "tidal locking," which could help support life, the researchers noted.

In an interview with New Scientist, Amri Wandel, the study's lead author, said tidally locked planets may be more likely to have liquid water and have more extreme temperatures on different parts of the planet.

"This gives a wider range of possible atmospheres that allow for life," Wandel said.