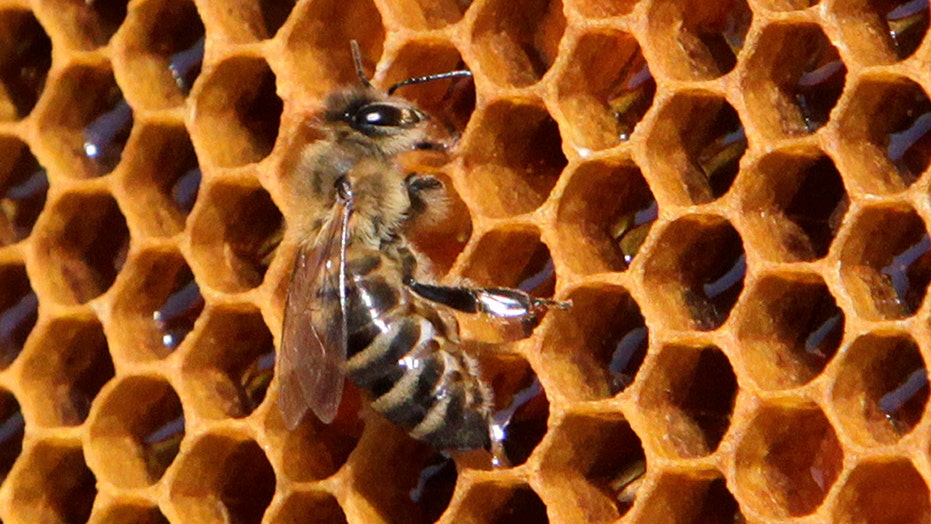 Loss of the honey bee could mean trouble for some crops

Honey bee colonies are declining and could impact a third of the food produced in the U.S. Pesticides and the destruction of bees habitat are a couple reasons for the decline

The honey bee contributes to a third of the country's food supply but the population is declining.  Last year eight percent of the bees disappeared according to the American Beekeepers Federation. The situation was more severe between 2015 and 2016 when there was a 44 percent decrease in colonies.

Dr. Dennis vanEngelsdorp, the President of the Bee Informed Partnership, says if this trend continues it could limit the food American's eat. "If we didn't have honey bees, we certainly would lose a lot of our diet," vanEngelsdorp said. He told Fox that would include blueberries, strawberries and vegetables.

The honey bee is the only insect that produces food eaten by humans. The species can pollinate over 75 percent of flowering plants and crops, making it one of the top pollinators in the U.S. That means the bee can travel up to 6 miles a day and pollinate between 50 to 100 flowers per trip. The pollination process occurs when the pollen sac from one flower sticks to a honey bee's legs and is transferred to another plant. The pollen within the sac spills out when the bee lands on the plant, causing it to be fertilized.

Tim Dover, a South Carolina beekeeper, says there are multiple factors that could impact the pollination cycle. "We have different issues from mites that have come in the recent history, to people using pesticides, to environmental stressors that have caused havoc with the bee population," he told Fox News. "We're trying our best to kind of stave that off and have as many people as possible keeping honeybees." He added that limiting the use of pesticides and rebuilding of the bees' natural habitat are two ways to help keep bees buzzing. "We need to be cognizant of what we are applying to our crops and do it in a way where it's safe. Not only for the honey bee, but for humans," Dover said.

CREEPY HONOR: TOM BRADY GETS A COCKROACH NAMED AFTER HIM

Farmers and beekeepers around the country are doing their part by learning how to care for bees. Some farmers have even started raising their own bee colonies. "What we have found is many gardeners, master gardeners in the country are getting into beekeeping because of the lack of pollinators that they have for their garden," Dover said. "And when they get those beehives, they see the production level of their gardens go up dramatically."