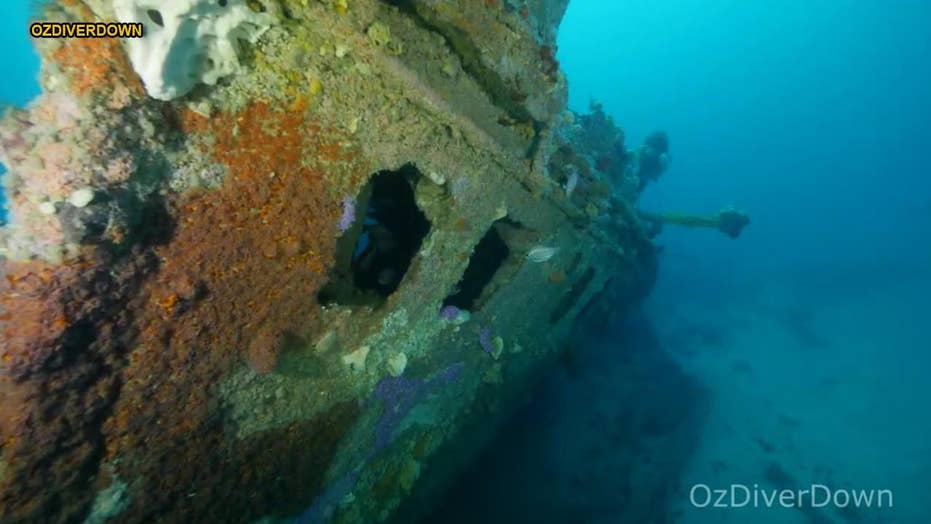 The shipwreck claimed the lives of 14 people when it sank in a devastating storm off the coast of Australia.

The wreck of a ship that claimed 14 lives when it sank in a devastating storm off the coast of Australia nearly 102 years ago has been discovered.

Nyora, a large steam tug, was towing ‘Astoria,’ an American 4-masted motor sailing ship, when she sank 31 miles off the coast of Cape Jaffa, South Australia, according to YouTube channel ScubaCrave (OzDiverDown), which posted the footage.

“Heavy seas smashed in the engine room door and the tug started to sink stern first,” ScubaCrave wrote in a description.  9 News reports that the discovery was made by diver Steve Saville after years of research.

The tug sank on July 9, 1917, and only two crew members survived the sinking. The following day, they were rescued from a broken lifeboat by the keepers of the Margaret Brock Reef Lighthouse. Medals were awarded to the lighthouse keepers for their bravery.

The Nyora wreck has been discovered almost 102 years after the steam tug sank in a storm. (ScubaCrave/OzDiverDown)

ScubaCrave reports that descendants of the Nyora's survivors have been informed about the discovery, as have the descendants of one of the lighthouse keepers involved in the rescue.

Other shipwrecks have been garnering plenty of attention recently. Earlier this month, the creepy skeleton of an 86-year-old shipwreck was revealed by the shifting sands of a North Carolina beach.

A view of the Nyora on the seabed. (ScubaCrave/OzDiverDown)

A mysterious 19th-century shipwreck was also recently discovered by researchers testing underwater drone equipment in the Gulf of Mexico.

Earlier this year, an anchor from a treasure-laden 17th-century shipwreck was found off the coast of the U.K.

The Nyora wreck was discovered off the coast of South Australia. (ScubaCrave/OzDiverDown)

Elsewhere, a search for shipping containers that fell off a merchant ship during a storm led to the discovery of a historic 16th-century shipwreck off the Dutch coast.