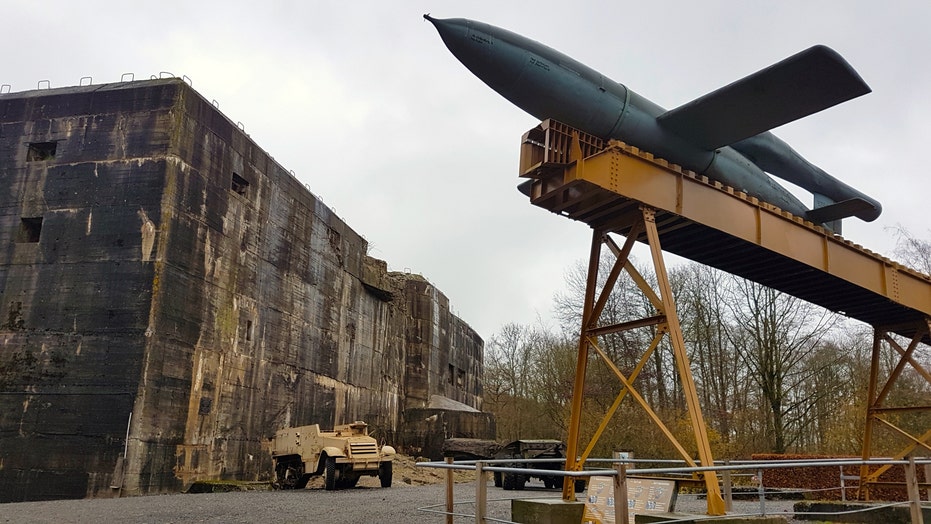 Published in the Journal of European Studies, the study, authored by family physician and psychologist Dr. Leonard Sax, provides proof of the Jewish link to Adolph Hitler.

Experts are looking to unlock the sinister secrets of hidden Nazi bases dotted across Europe.

The covert sites will be explored in the new Science Channel series “Secret Nazi Ruins,” which premieres at 10 p.m. ET Thursday.

“To this day, the remains of Nazi Bases lie waiting to reveal their truth about Hitler’s tactics and dreams,” explained Science Channel, in a statement. Sites examined in the series include the Maisy Batteries, a huge group of artillery batteries built in Northern France by the German military. The site has been recently excavated and investigated with the help of newly revealed documents, according to Science Channel.

Other sites featured in the series include the vast base of Dag Bromberg, which is hidden in a Polish forest, and the V-2 rocket base Kraftwerk Nord West in France. Experts will also explore Bergkristal, a bunker and tunnel complex in Austria, which is described as possessing a “mysterious level of radiation.” An unusual mansion on a beach in the Canary Islands “with design elements that defy its stated residential purpose” will also be examined.

The entrance of the secret V-2 bunker at Kraftwerk Nord West in France. (Science Channel)

“It seems as though every year that passes since the events of WWII we discover new sites, new plots and new terrors the Nazi war machine was behind,” said Daniel Oron, the show’s executive producer, in a statement emailed to Fox News. 'Secret Nazi Ruins’ aims to uncover the mysteries and buried plots through investigating the remnants of known and recently excavated Nazi projects.”

Other Nazi sites from World War II have been unearthed. In 2016, scientists at the Russian Arctic National Park discovered the remains of a secret Nazi base on the remote island of Alexandra Land in the Franz Josef Land archipelago.

The exterior of a Maisy Batteries bunker. (Science Channel)

Scientific items found include pieces of weather balloons, thermometers, astronomic tables, journals with meteorological data and textbooks on meteorology stamped with the seal of Germany’s Navy. Books of fiction, such as “The Adventures of Tom Sawyer,” were discovered, as well as packages for food and even toothpaste.

The German weather station Schatzgräber (Treasure Hunter) was located on Alexandra Land, an island in the Franz Josef Land archipelago, from September 1943 to July 1944. During that time, it sent more than 700 meteorological reports. Military personnel at the weather station fell ill after eating polar bear meat contaminated with roundworms, forcing the base’s evacuation in 1944.

The interior of a Maisy Batteries bunker.

The finds were uncovered at three sites in the Arnsberg forest, where members of the Waffen-SS and German army massacred 208 Polish and Russian forced laborers in March 1945, just before the end of World War II.

Archaeologists dug up more than 400 items, which include shoes, pieces of clothing, cooking utensils, as well as a prayer book and a Polish dictionary.

Local government officials from Landschaftsverband Westfalen-Lippe (LWL) confirmed the grim discoveries, made during excavations in 2018 and early 2019.

Other excavations have also offered a glimpse into the horrific events of World War II. In 2017, experts uncovered two ritual baths in the remains of the Great Synagogue of Vilnius, in Lithuania, more than 70 years after its destruction during the Holocaust.

A train is shown outside the Blockhaus at the Nazi base Kraftwerk Nord West in northern France. (Science Channel)