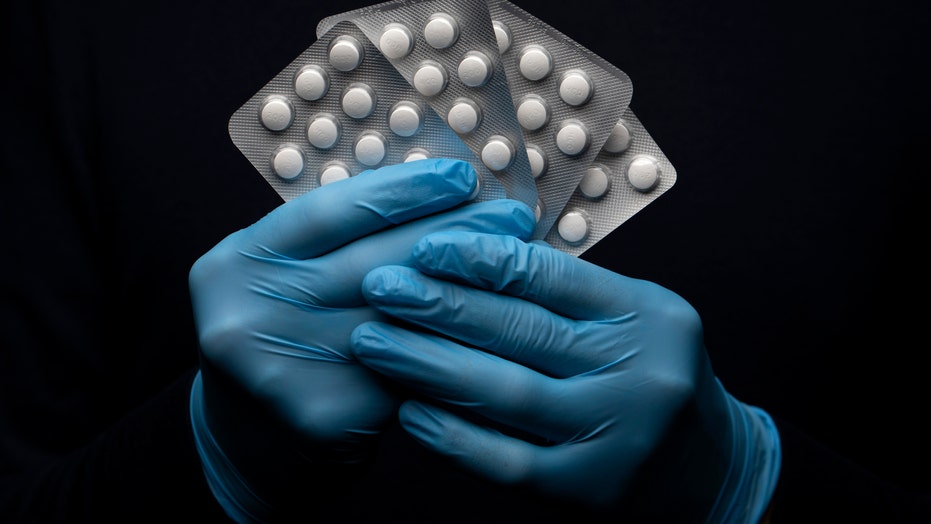 Dr. Harvey Risch, professor of epidemiology at the Yale School of Public Health, joins Laura Ingraham with insight on 'The Ingraham Angle.'

The influential New England Medical Journal and the Lancet have retracted controversial papers on COVID-19 treatments amid backlash.

A database by the Chicago company Surgisphere Corp. was used in an observational study of nearly 100,000 patients published on May 22 in the Lancet that tied the malaria drugs hydroxychloroquine and chloroquine to a higher risk of death in hospitalized patients with the virus.

The validity of the data, however, has been called into question. The Guardian reported that Surgisphere “has so far failed to adequately explain its data or methodology” and says that the company’s “handful of employees appear to include a science fiction writer and an adult-content model.”

In this photo illustration a pack of Hydroxychloroquine Sulfate medication is held up on March 26, 2020 in London, United Kingdom. (Photo by John Phillips/Getty Images)

Earlier this week the Lancet published an “expression of concern” with the study. “Today, three of the authors have retracted ‘Hydroxychloroquine or chloroquine with or without a macrolide for treatment of COVID-19: a multinational registry analysis’,” tweeted the Lancet on Thursday.

“They were unable to complete an independent audit of the data underpinning their analysis,” said the Lancet, in a statement. “As a result, they have concluded that they ‘can no longer vouch for the veracity of the primary data sources.’ The Lancet takes issues of scientific integrity extremely seriously, and there are many outstanding questions about Surgisphere and the data that were allegedly included in this study.”

Although it wasn’t a rigorous experiment that could give definitive answers, the Lancet study had wide influence because of its size. The World Health Organization said it would temporarily stop a study of hydroxychloroquine and France stopped allowing its use in hospitals.

The WHO announced the “temporary pause” on May 25, but confirmed this week that the hydroxychloroquine trial will restart.

Hydroxychloroquine has garnered global attention during the coronavirus pandemic, most notably from President Trump, who touted it as a potential treatment. Last month Trump made the shock announcement that he was taking the anti-malarial drug as a preventative against the coronavirus.

A separate paper, which also used the Surgisphere data, has been retracted from The New England Journal of Medicine. Earlier this week the NEJM issued an “expression of concern” regarding the study published May 1 that suggested widely used blood pressure medicines were not raising the risk of death for people with COVID-19.

Fox News has reached out to Surgisphere with a request for comment on this story.

As of Thursday afternoon, over 6.58 million coronavirus cases have been diagnosed worldwide, with over 1.86 million of them in the U.S., according to data from Johns Hopkins University. The disease has accounted for over 388,000 deaths around the world, including more than 107,000 in the U.S.