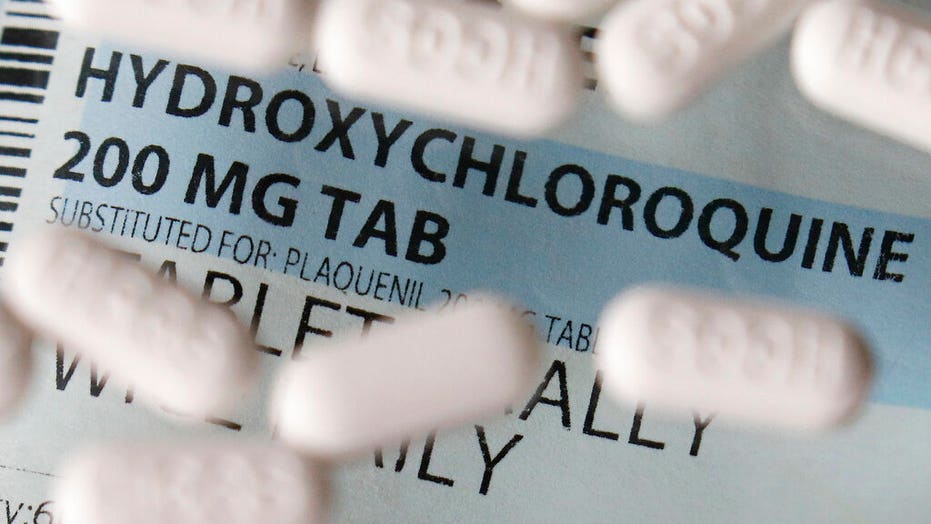 Dr. Harvey Risch, professor of epidemiology at the Yale School of Public Health, joins Laura Ingraham with insight on 'The Ingraham Angle.'

Controversial research into the effectiveness of COVID-19 drug hydroxychloroquine is coming under scrutiny as experts raise “serious scientific questions” about the data used.

A database by the Chicago company Surgisphere Corp. was used in an observational study of nearly 100,000 patients published on May 22 in the influential Lancet journal that tied the malaria drugs hydroxychloroquine and chloroquine to a higher risk of death in hospitalized patients with the virus.

The validity of the data, however, has been called into question. The Guardian reports that Surgisphere “has so far failed to adequately explain its data or methodology” and says that the company’s “handful of employees appear to include a science fiction writer and an adult-content model.”

The Lancet has published an “expression of concern” with the study.

“Although an independent audit of the provenance and validity of the data has been commissioned by the authors not affiliated with Surgisphere and is ongoing, with results expected very shortly, we are issuing an Expression of Concern to alert readers to the fact that serious scientific questions have been brought to our attention,” it said. “We will alert this notice as soon as we have further information.”

Although it wasn’t a rigorous experiment that could give definitive answers, the Lancet study had wide influence because of its size. The World Health Organization said it would temporarily stop a study of hydroxychloroquine and France stopped allowing its use in hospitals.

The WHO announced the “temporary pause” on May 25, but confirmed this week that the hydroxychloroquine trial will restart.

Fox News has reached out to Surgisphere with a request for comment on this story. On its website, Surgisphere issued a response to the reaction to the study published in the Lancet.

“Our studies, including that published in The Lancet, use a registry, with data obtained from electronic health records (EHR),” it said. “In our hydroxychloroquine analysis, we studied a very specific group of hospitalized patients with COVID-19 and have clearly stated that the results of our analyses should not be over-interpreted to those that have yet to develop such disease or those that have not been hospitalized. We also clearly outlined the limitations of an observational study that cannot fully control for unobservable confounding measures, and we concluded that off-label use of the drug regimens outside of the context of a clinical trial should not be recommended.

“This study is one of many publications informed by data and analysis from Surgisphere, which was founded by Lancet study co-author Dr. Sapan Desai in 2008,” it added. “The physician-led global healthcare data collaborative provides clinical researchers a real-time database of over 240 million anonymized patient encounters from over 1,200 healthcare organizations in 45 countries.”

Hydroxychloroquine has garnered global attention during the coronavirus pandemic, most notably from President Trump, who touted it as a potential treatment. Last month Trump made the shock announcement that he was taking the anti-malarial drug as a preventative against the coronavirus.

This week the influential New England Journal of Medicine issued an “expression of concern” regarding a study published May 1 that suggested widely used blood pressure medicines were not raising the risk of death for people with COVID-19. The study also used a Surgisphere database.

On May 1, 2020, we published ‘Cardiovascular Disease, Drug Therapy, and Mortality in Covid-19,’ a study of the effect of preexisting treatment with angiotensin-converting enzyme (ACE) inhibitors and angiotensin-receptor blockers (ARBs) on Covid-19,” said the New England Journal of Medicine, in the statement, released Tuesday. “This retrospective study used data drawn from an international database that included electronic health records from 169 hospitals on three continents. Recently, substantive concerns have been raised about the quality of the information in that database. We have asked the authors to provide evidence that the data are reliable. In the interim and for the benefit of our readers, we are publishing this Expression of Concern about the reliability of their conclusions.”

As of Thursday morning, over 6.5 million coronavirus cases have been diagnosed worldwide, with over 1.8 million of them in the U.S., according to data from Johns Hopkins University. The disease has accounted for over 386,000 deaths around the world, including more than 107,000 in the U.S.