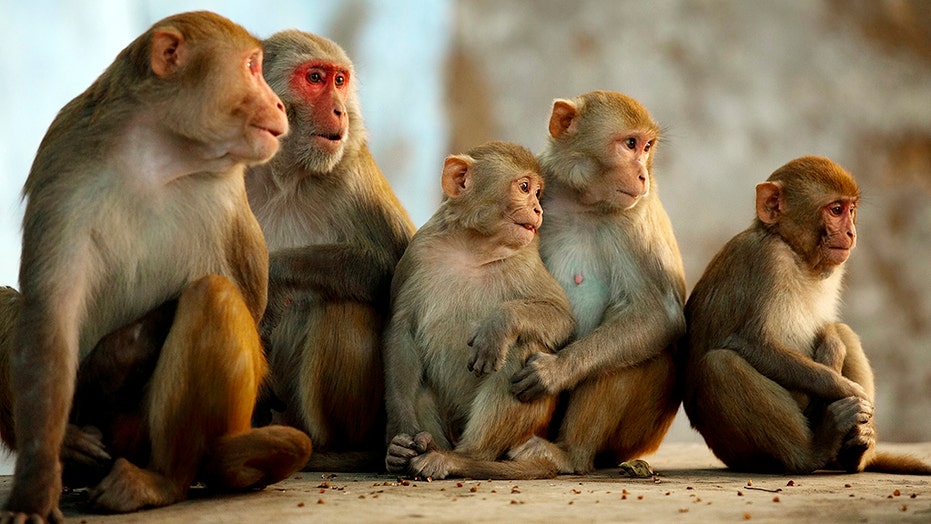 Dr. Barry Zingman, from the Albert Einstein College of Medicine, on the 'compelling' test results using remdesivir to treat COVID-19.

Coronavirus treatment remdesivir has slowed the progression of COVID-19 and prevented lung disease in macaques, researchers say, noting that the findings support early use of the antiviral in human patients.

The research, which was undertaken by Emmie de Wit, chief of the Molecular Pathogenesis Unit at the National Institutes of Health, and her colleagues, is published in the journal Nature.

“Early treatment with the antiviral drug remdesivir is shown to reduce viral load and prevent lung disease in macaques infected with SARS-CoV-2,” the researchers explained in a statement emailed to Fox News. “The findings support the early use of remdesivir treatment in patients with COVID-19 to prevent progression to pneumonia.”

Gilead’s Sciences’ remdesivir has garnered massive attention, with the FDA recently authorizing emergency use of the drug to treat coronavirus patients. The antiviral drug has shortened the recovery time for COVID-19 patients, according to a study of humans recently cited by the U.S. government.

In de Wit's study, researchers used a model of SARS-CoV-2 infection to investigate the effects of remdesivir treatment in rhesus macaques. “Two sets of six macaques were inoculated with SARS-CoV-2; one group was treated with remdesivir 12 hours later (close to the peak of virus replication in the lungs) and these macaques received treatment every 24 hours until six days after inoculation,” the researchers explain in the statement. “In contrast to the control group, macaques that received remdesivir did not show signs of respiratory disease and had reduced damage to the lungs.”

Scientists note that viral loads in the lower respiratory tract were also reduced in the treated animals. “Viral levels were around 100 times lower in the lower-respiratory tract of remdesivir-treated macaques 12 hours after the first dose,” they explain. “Infectious virus could no longer be detected in the treatment group three days after initial infection, but was still detectable in four out of six control animals.”

However, despite the reduced viral loads in the animals’ lower respiratory tracts, researchers did not observe a reduction in virus shedding. This indicates that clinical improvement may not equate to a lack of infectiousness, they said.

The antiviral was previously used to treat Ebola patients. Experts have warned that people should not take drugs unless a doctor prescribes them.

As of Tuesday morning, over 7.1 million coronavirus cases have been diagnosed worldwide, with over 1.9 million of them in the U.S., according to Johns Hopkins University data. The disease has accounted for at least 407,009 deaths around the world, including at least 111,007 in the U.S.