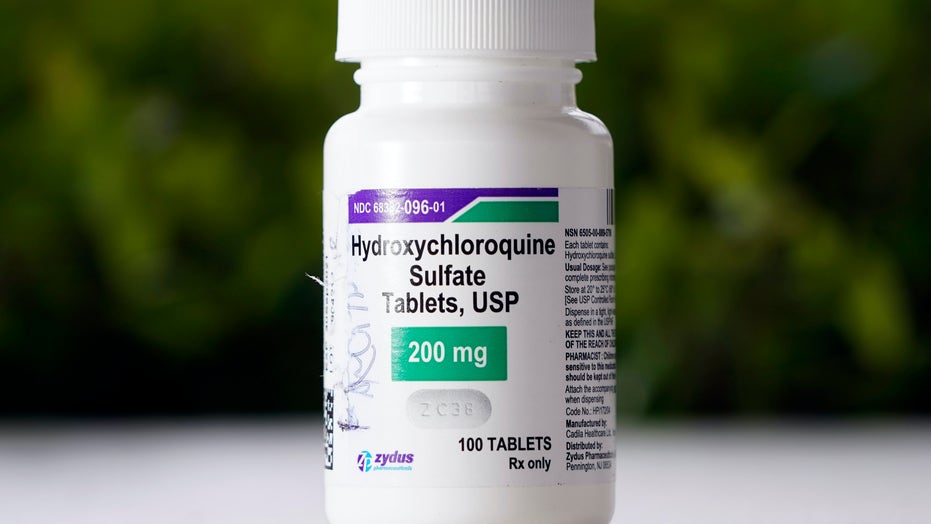 Hydroxychloroquine is being tested around the world to see if it can be used as a treatment for the coronavirus pandemic. As the debate intensifies on whether or not it works, 25 percent of physicians around the world believe health care workers should take the drug to prevent COVID-19 infections, according to a new survey.

“Despite the superstorm of controversy surrounding hydroxychloroquine, it still remains the leading treatment option for severe patients and is even being used in milder cases and patients who are simply suspected of COVID," an anonymous emergency medicine physician on Sermo said in the release obtained by Fox News. "At this stage with so little evidence, doctors have very limited options.”

A bottle of hydroxychloroquine is displayed on a table outside The Resort at Texas City nursing home Tuesday, April 7, 2020, in Texas City, Texas.  (AP Photo/David J. Phillip)

HYDROXYCHLOROQUINE DOES NOT CLEAR CORONAVIRUS, BUT CAN ALLEVIATE SYMPTOMS, STUDY SAYS

The survey also found that hydroxychloroquine, which has been used to treat malaria since the 1950s, was used by 22 percent (1,443 instances) of physicians prophylactically by the first week of April.

The findings from the study found that the drug was also used in undiagnosed cases.

Currently, there is no known scientific cure for the disease known as COVID-19 and the Centers for Disease Control and Prevention has cited concerns about hydroxychloroquine as a treatment, including cardiotoxicity, especially with patients who have underlying health issues.

The Food and Drug Administration recently announced an emergency use authorization to try several drugs, including hydroxychloroquine and chloroquine, despite a lack of clear evidence of their effectiveness.

Hydroxychloroquine and chloroquine are antimalarial drugs. No drug should be taken without a doctor's prescription.

There are at least 24 trials of hydroxychloroquine, a drug President Trump has previously hailed as a "game-changer," happening around the U.S. and many others around the world.

Last week, a study of 150 COVID-19 patients in China who received the drug showed it did not clear the patients of the virus, but it did alleviate some symptoms.

A study recently performed in Brazil had to be stopped early after one group of patients who were taking a high dose of the drug developed heart rhythm problems.

In March, the University of Washington and New York University announced an eight-week study that aims to determine whether hydroxychloroquine can prevent COVID-19.

A study published in March by French researchers suggested that COVID-19 patients could be treated with antimalarial medication and antibiotics in the battle against the novel coronavirus.

New York state recently started coronavirus drug trials in an attempt to control the pandemic's impact on the state, according to Gov. Andrew Cuomo, who announced the state had acquired 70,000 doses of hydroxychloroquine, 10,000 doses of zithromax and 750,000 doses of chloroquine.

As of Tuesday morning, more than 2.49 million coronavirus cases have been diagnosed worldwide, more than 787,000 of which are in the U.S., the most impacted country on the planet.