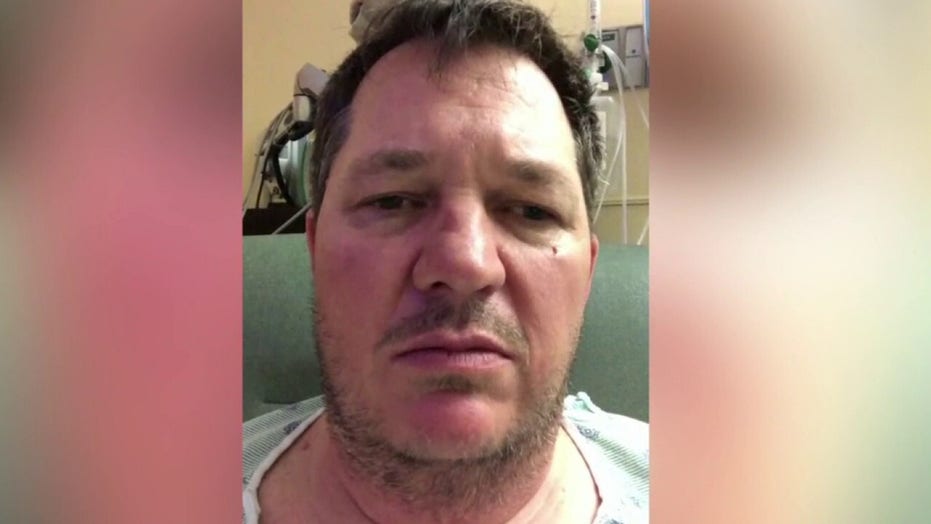 COVID-19 patient Rio Giardinieri says trying hydroxychloroquine was a risk that he was willing to take.

Coronavirus patient Rio Giardinieri joined "The Ingraham Angle" and spoke about how he believes hydroxychloroquine changed his fight against the virus.

"I'm not a scientist. I'm not a doctor. But I know when I'm sitting here in pain and they've tried all kinds of antibiotics sorting through me and I continue to get worse. My breathing became worse. Speaking became difficult," Giardinieri said Monday night. "And a friend of mine from a prayer line reached out, a friend of 43 years and says, 'Hey, I saw this on Laura Ingraham's show. You need to take this medicine and you need to ask your doctor to give it to you now.'"

CHLOROQUINE: WHAT TO KNOW ABOUT POTENTIAL CORONAVIRUS TREATMENT

"My feeling at that particular time was I thought I was at the end of my rope and I didn't see any other options," Giardinieri said, asking his nurse and doctor about the experimental drug. "For me, it was a risk worth taking."

The patient told Ingraham that, after he began treatment with the hydroxychloroquine, he felt better.

"I feel fantastic. And I have since I woke up on Saturday morning. I know it sounds unbelievable. People are questioning me about it, but I know what I feel," Giardinieri said. "I woke up at 4:45 in the morning and it felt like I had nothing. And I had to catch myself for a second, say, wait, I'm breathing... This is not normal. And I realized I didn't have a fever anymore."

"So I hit the nurse call button at 4:45 and I said, 'I'm fine. Can you send a nurse? And I feel a little hungry.' The nurse came and took my vitals. Sure enough, my fever was gone," Giardinieri said. "It was not broken for nine days. And then it was gone."

"My only thing I had was I had a headache. And that lasted a couple days. But all the other symptoms were completely gone," Giardinieri added.