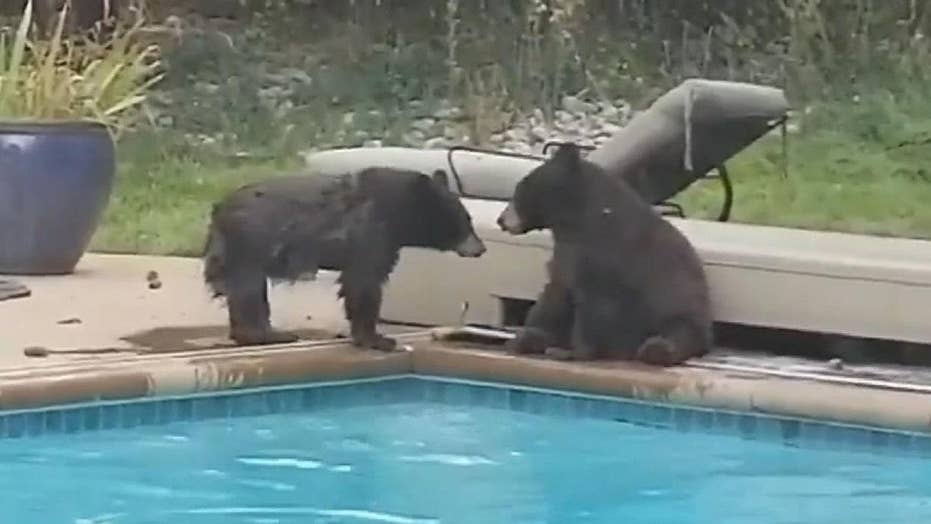 Bears have pool party before snowstorm

Raw video: Two bears enjoy a dip in a swimming pool on the last day before winter in Boulder, Colorado.

A couple of bears in Colorado were caught on video enjoying the state’s warm weather last week by crashing a resident’s pool and taking a dip as they prepare for winter hibernation.

The two young bears were having their “pool party” in the backyard of a home in Boulder on Oct. 9, Boulder police said.

“Don’t feel too bad that you didn't get an invite, we didn’t get invited either,” the Boulder Police Dept. posted on Twitter.

Video shared by the department shows one bear jumping right into the water while the other hangs out poolside. The wet bear even appeared to try pushing its friend into the pool. It wasn’t known whether the dry bear ever took a swim.

Temperatures were reported in the low 80s on the day of their swim. A day later, chilling temperatures and a snowstorm hit the area.

Reports of bear-related incidents were expected to be on the rise during this time as the animals enter hyperphagia, the period when bears spend up to 20 hours a day eating as much as 20,000 calories as they prepare for hibernation, according to Colorado Parks and Wildlife.

Bears generally hibernate between November and April, the agency said.