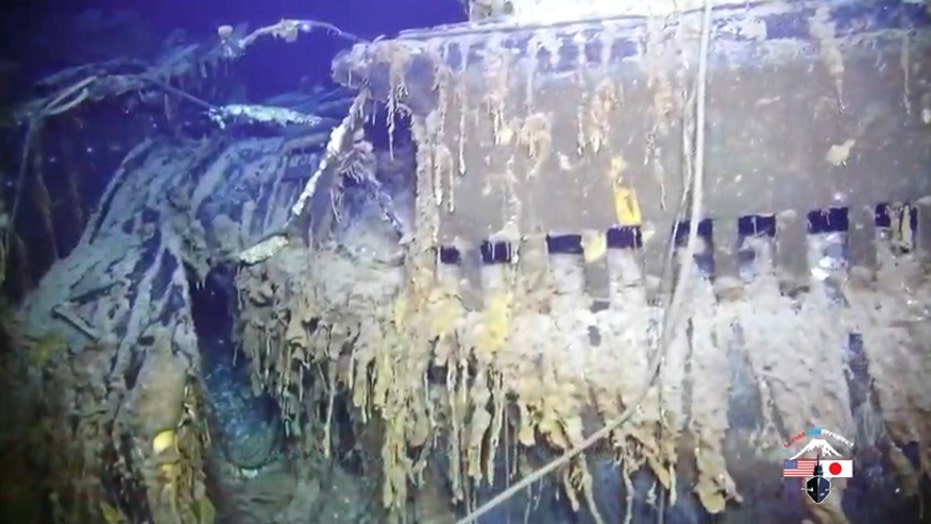 'Minutes to Hiroshima' takes Fox Nation viewers back to WWII

A U.S. submarine that sank nearly 62 years ago has been found on the seabed off Oahu.

The Stickleback sank on May 28, 1958, during an antisubmarine warfare exercise. The sub lost power during the exercise, which forced her to sink uncontrollably. Her crew added emergency ballast to bring the sub back to the surface, where she was involved in a collision with the destroyer escort USS Silverstein.

WWII US SUBMARINE WRECK DISCOVERED 75 YEARS AFTER IT SANK

The collision took place 19 miles out from Barbers Point, Oahu, according to the Naval History and Heritage Command. Fortunately, there were no fatalities in the collision, although attempts to save the sub were unsuccessful and Stickleback sank to the seabed.

The submarine, which saw service during the closing stages of World War II, was found in two sections.

The wreck is the latest U.S. sub discovered by the Lost 52 Project. Last year, the researchers found the USS Grayback off Japan 75 years after its sinking by a Japanese bomber. The bow of World War II submarine USS Grunion was also located last year, 77 years after it went missing off the remote Aleutian Islands in Alaska on her first war patrol. Six subs in total have been found by Lost 52.

"The Lost 52 Project continues to expand our work to search for additional lost WWII ships. Having just made the historical discovery of the USS Grayback and the final resting place of her 80 valiant crew offshore Japan, I am proud of this recent Cold War discovery which honors the men, their memory and their mission," said Lost 52 Project founder Tim Taylor in a statement.

The USS Stickleback was found in two sections. (Lost 52 Project)

Taylor is also the CEO of Tiburon Subsea, which provides underwater technology equipment and is also the founder of exploration organization Ocean Outreach.

In a video posted to YouTube by Ocean Outreach, the Lost 52 Project explained that the USS Stickleback is one of four U.S. submarines lost during the Cold War. Stickleback is the third to have been discovered.

The USS Stickleback is resting in almost 11,000 feet of water. (Lost 52 Project)

In a separate project, the deepest sunken shipwreck ever discovered, a U.S. World War II destroyer, was found last year in the Philippine Sea.

The wreck was found resting at a depth of 20,406 feet by experts on the Research Vessel Petrel. Explorers used an undersea drone to locate the mysterious ship, believed to be the USS Johnston, a Fletcher-class destroyer sunk during the Battle off Samar, a key action in the Battle of Leyte Gulf in 1944.

The collision between the USS Stickleback and the USS Silverstein. (Photo taken in a HUP-2 piloted by Ensign Rucks. Copyright Owner: National Archives. Catalog #: USN 1036229.)

Eerie footage captured by the drone shows the mangled wreckage of the ship lying on the seabed.