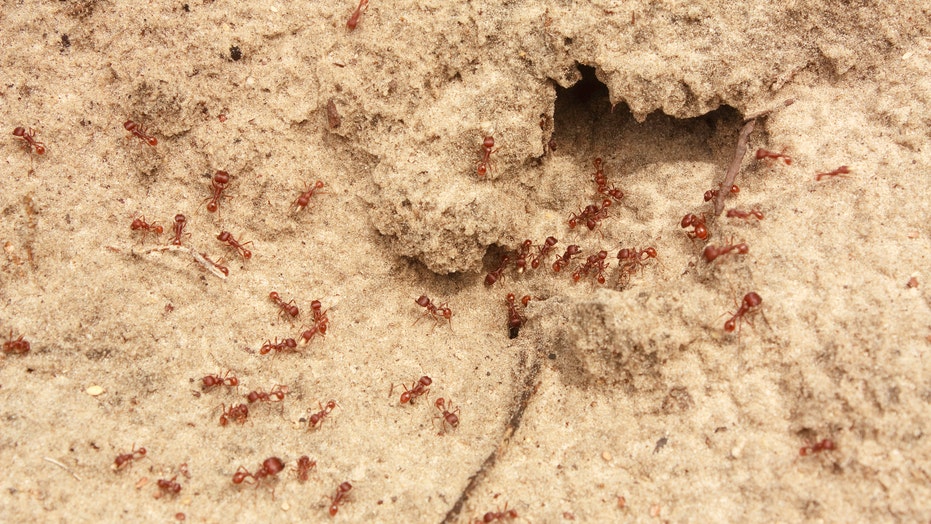 It sounds like something out of a 1950s B-movie, but alas, this is very much real.

Nearly 1 million "cannibal" ants have been found trapped in an abandoned Soviet-era bunker in Poland used to store nuclear weapons, according to a new study. The insane insects, which have been trapped "for years," have resorted to eating the corpses of their dead brethren to survive.

The insects were first discovered in 2013 and are almost entirely comprised of "worker" ants, with no "queens or offspring seen in the bunker," according to the research.

"Here we show that the ‘colony’ in the bunker survived and grew thanks to an influx of workers from the source nest above the bunker and mass consumption of corpses of the imprisoned nestmates," the study's abstract states.

The abstract added that the "imprisoned ants" used an "experimentally installed boardwalk" to get through the ventilation pipe to get to their nest on the top of the bunker.

Given the bunker's location and the lack of available food sources, researchers concluded that the surviving ants had resorted to cannibalism to survive.

"It is known that wood ants consume dead bodies of their conspecifics left in masses on the ground during spectacular ‘ant wars’ early in the season," the authors wrote in the study. "The function of such wars is to settle the borders of neighboring conspecific colonies, but the corpses also add substantially to the scarce food resources available when the colony lives commence after winter."

It's also believed that the ants are part of a larger colony that lives in the soil around the bunker. In spring 2016, the researchers took a group of approximately 100 ants from the bunker and introduced them to the larger colony to see how they would interact. "As expected, no aggressive behavior was observed," the authors added.

Despite the presence of the makeshift boardwalk and the fact that the ants seemed to be accepted back into the larger colony, the researchers found that there is still a group of ants that choose to remain in the bunker.

The study has been published in the Journal of Hymenoptera Research.