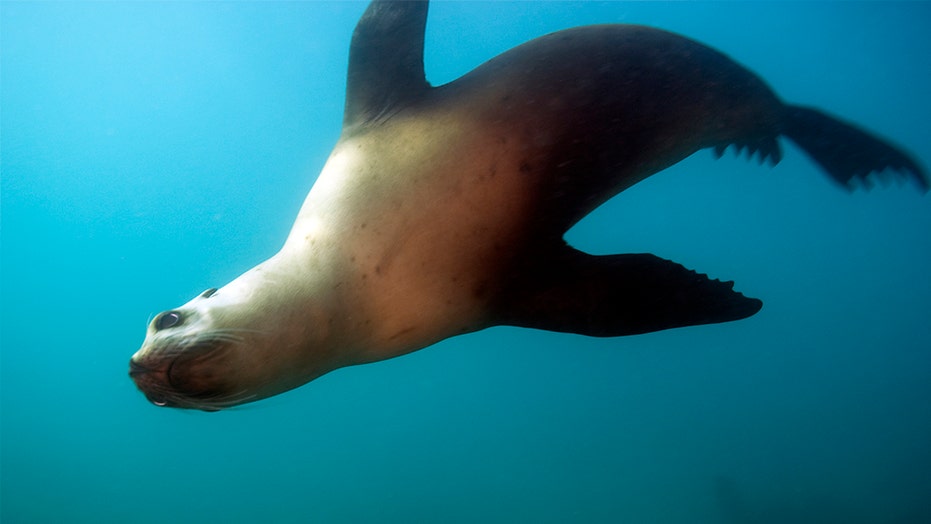 A wildlife photographer in California recently snapped a photo of the moment a humpback whale surfaced and appeared to gobble up an unsuspecting sea lion in its mouth.

Chase Dekker, who works for whale-watching company Sanctuary Cruises, wrote he was in Monterrey Bay when he spotted a pod of humpbacks “lunge feeding” on a school of anchovies. However, a sea lion failed to move out of the leviathan’s way as it engulfed the fish and became "trapped" in its mouth.

“As soon as I saw this photograph, I knew it may be one of the rarest shots I’ve ever taken,” Dekker told National Geographic. “Not the most beautiful, not the most artistic, but probably something I would never see again.”

When lunge feeding, whales charge toward food and sweep up a large mouthful. The mammals then filter their food through comb-like structures in their mouths called baleen, according to the National Oceanic and Atmospheric Administration.

Small seabirds have been at the receiving end of most recorded close calls, with experts telling National Geographic that it’s remarkably rare for larger species like sea lions to have what Dekker calls the “Jonah Experience.”

Despite the sea lion's perceived peril in the photo, wildlife experts told the outlet that the sea lion wasn’t in any danger and most likely swam away when onlookers lost view of the whale’s mouth.

“At some point the sea lion escaped and the whale seemed fine too as it continued to feed, but it must have been a strange experience for both parties,” Dekker wrote.

Dekker followed up a day later with another photo, describing the scene of 5 humpbacks lunge feeding in close quarters with around 300 sea lions. But this time no sea lions got in the way, he wrote.