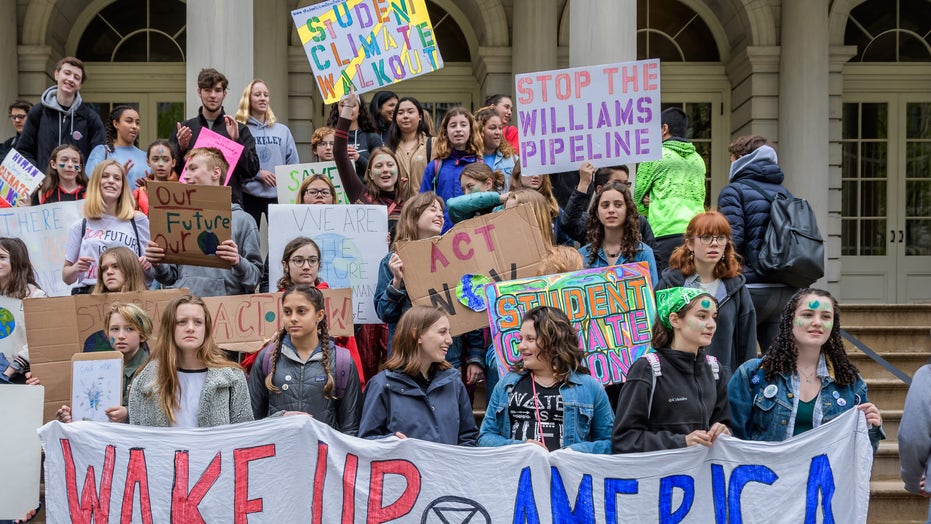 Editor-in-chief Katharine Viner advised the staff in an email Friday that the phrase “climate change” should be avoided because it “sounds rather passive and gentle’ and doesn’t capture the real threat to humanity.

'TRANSFORMATIVE CHANGES' ARE NEEDED TO SAVE NATURE AND OURSELVES, MAJOR CLIMATE REPORT CLAIMS

“We want to ensure that we are being scientifically precise and rooted in facts, while also communicating clearly with readers on this very important issue,” Viner wrote.

The new guidelines also state that a person skeptical about climate change should no longer be described as a “climate skeptic.” Instead, Viner writes, phrases such as “climate science denier” or “climate denier” should be applied.

“Increasingly, climate scientists and organizations from the UN to the Met Office are changing their terminology, and using stronger language to describe the situation we’re in,” she added in the email.

The newspaper stressed that none of the original phrases and terms are formally banned from being used in its reporting, “but do think twice before using them,” Viner wrote.

BIDEN DEFENDS HIS CLIMATE RECORD AFTER OCASIO-CORTEZ CRITICISM, TELLS CRITICS TO ‘CALM DOWN’

The Guardian appears to be the first publication to officially issue language guidance on climate change.

According to the Guardian, Prof. Richard Betts, who leads the Met Office’s climate research, said in December that “global heating” reflects better on reality than “global warming.” The Met Office is Britain's national weather service.

The Guardian’s editorial board also recently endorsed the Green New Deal, a proposal introduced by Rep. Alexandria Ocasio-Cortez and Sen. Ed Markey that seeks to transform the U.S. economy in an effort to tackle climate change.

“Humanity will run out of limited global resources long before the US runs out of dollars. Britain needs something like Ms. Ocasio-Cortez’s Green New Deal. And we need it now – before it is too late,” the newspaper wrote.