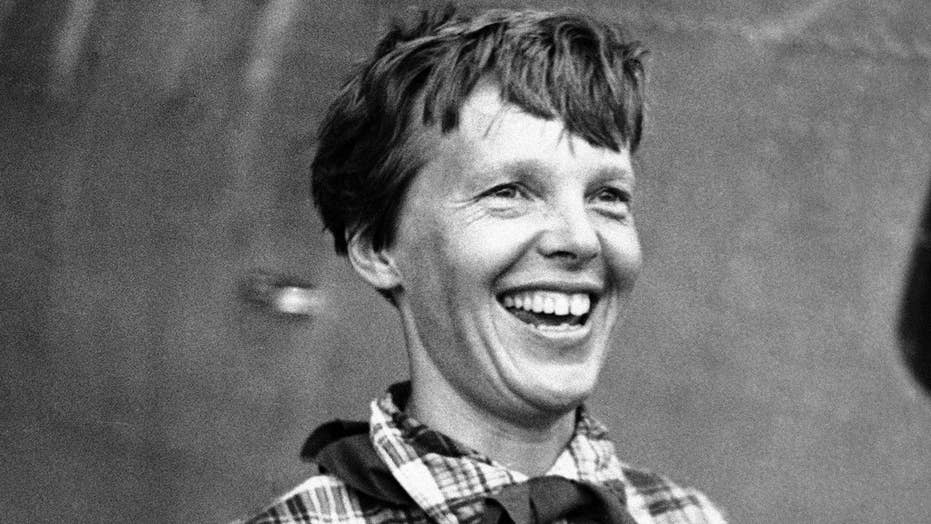 New clue in the mystery of Amelia Earhart

Four bone-sniffing dogs were brought last month to the Pacific island of Nikumaroro in an effort to find traces of the spot where Amelia Earhart may have died 80 years ago, according to an exclusive National Geographic report.

The dogs, all border collies, were part of an expedition sponsored by The International Group for Historic Aircraft Recovery (TIGHAR) and the National Geographic Society.

Earhart disappeared – along with her navigator Fred Noonan – on July 2, 1937, on their way to Howland Island, which is 350 nautical miles northeast of Nikumaroro.

“Extraordinary claims require extraordinary proof, like a bone or DNA,” Andrew McKenna, who has participated in several TIGHAR expeditions to Nikumaroro, told National Geographic. He said the dogs, trained specifically in forensics, were brought to the island in an effort to find that proof.

The canine expedition comes as a retired federal agent says he has discovered what he believes is the first photographic evidence of Earhart alive and well after crash-landing in the Pacific Ocean during her attempted round-the-world flight. He says he didn't initially capture the significance of the image until years later.

The black-and-white photo is of a group of people standing on a dock on Jaluit Atoll in the Marshall Islands, including one who seems to be a slim woman with her back to the camera. A new documentary airing Sunday on the History channel claims the figure is the famed aviator who disappeared 80 years ago this month.

A new documentary may shed light on what happened (AP)

Retired U.S. Treasury Agent Les Kinney said in an interview Wednesday with The Associated Press that he was looking for clues surrounding Earhart's disappearance in the National Archives in College Park, Maryland, when he found the photograph in 2012 in a box filled mostly with text documents from the Office of Naval Intelligence but "didn't really look at it carefully" because he was looking over thousands of documents and images.

In 2015, he took another pass at the photo. "I looked at it and I went, 'I can't believe this!'" He asked his wife to come over and pointed to the seated person, asking if it seemed to her to be a man or a woman. "She said, 'It's a woman!'" His search led him to identify the ship seen at the right apparently pulling Earhart's plane wreckage on a barge.

The image is at the heart of the two-hour "Amelia Earhart: The Lost Evidence," which argues that Earhart, along with navigator Noonan, crash-landed in the Japanese-held Marshall Islands, where they were picked up by the Japanese military and held prisoner.

In the documentary, that photo is subjected to facial-recognition and other forensic testing, such as torso measurements. Experts on the show claim the subjects are likely Earhart and Noonan.

Others aren't convinced, including Dorothy Cochrane, a curator at the National Air and Space Museum and an expert on women in aviation. She said Thursday the blurry image isn't conclusive. "I cannot say definitively that this is Amelia Earhart. That doesn't mean that it might not be, somehow. But you can't say that just through the image the way it is."

FILE - In this file photo taken on or about July 2, 1937, American aviator Amelia Earhart, left, and her navigator, Fred Noonan, right, pose beside their plane with gold miner F.C. Jacobs at Lae, New Guinea just before Earhart and Noonan took off in a flight to Howland Island on July 2, during which they disappeared somewhere in the Pacific. (AP Photo, File) (AP)

The disappearance of Earhart and Noonan on July 2, 1937, in the Western Pacific Ocean has been the subject of continuing searches, research and debate.

The longstanding official theory is that the famed pilot ran out of gas and crashed into deep ocean waters northwest of Howland Island, a tiny speck in the South Pacific that she and Noonan missed.

Other theories have claimed Earhart made an emergency landing on a flat stretch of coral reef off what was then known as Gardner Island, southwest of Howland, although bone fragments found on the island were inconclusive. An Australian researcher once proposed that wreckage spotted by members of his country's military years ago on a Papua New Guinea island could be hers.

Kinney, who started his career as a naval intelligence agent, said the photograph he found was in a batch of documents collected by U.S. sources in anticipation of the 1944 invasion of the Marshall Islands. "This was a mistake. This was never meant to be there," he said. The National Archives verified Thursday that the image is from its holdings and was in a file "unrelated to Earhart."

While the photo is undated, Kinney strongly believes it was taken in July 1937, and he is convinced it shows Earhart and Noonan, based on other evidence including physical landmarks and islanders' recollections.

Kinney said the presence of two Caucasians on Jaluit Atoll prior to World War II was very unusual. The man's distinctive widow's peak seems to match Noonan's. As for the figure with her back to the camera: "You have one that has a striking resemblance to Amelia Earhart from the back, including the short hair."

Kinney suspects the pair may have been picked up by a fishing boat and handed over to Japanese authorities, who initially may have had no intention of keeping them. That may explain why there are no handcuffs or restraints in the photo.

"At the moment in time that you're looking at the photograph, everything is very good there. I don't think that Noonan or Earhart had any indication whatsoever that they were not going to be shortly released," he said.

Though Cochrane isn't convinced, she respects Earhart as a heroine who took chances and was a role model for women. "It would be great to solve it and I'm happy that people are still interested in her, so we'll just see where it goes," she said.