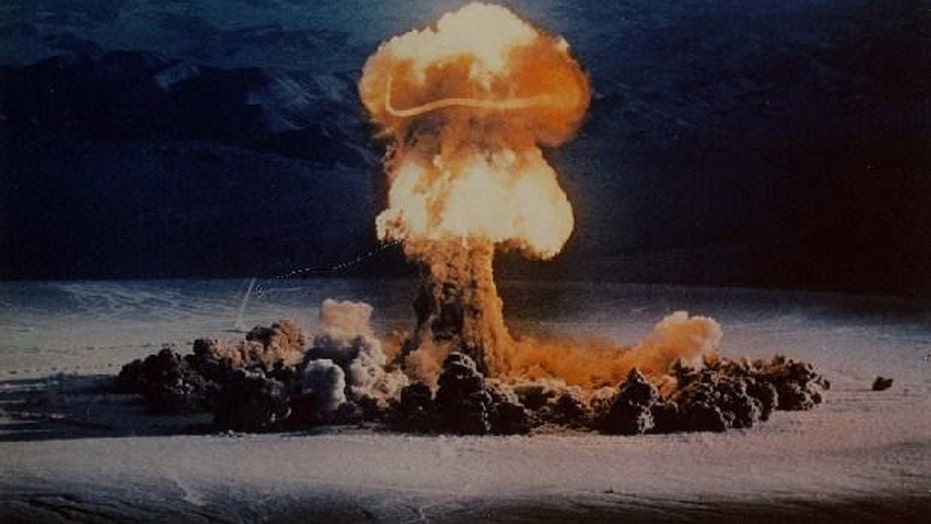 A new study has found that the nuclear tests performed during the Cold War during the 1950s and 1960s have left a very disturbing legacy on our planet — they have infiltrated the bodies of crustaceans in deep ocean trenches.

The study, published in Geophysical Research Letters, notes that elevated levels of radiocarbon, coined "bomb carbon" by the researchers, have been found in amphipods, creatures that feed on ocean surface organisms when they fall to the ocean floor.

"Although the oceanic circulation takes hundreds of years to bring water containing bomb [carbon] to the deepest trench, the food chain achieves this much faster," said Ning Wang, a geochemist at the Chinese Academy of Sciences in a statement.

"Bomb carbon" is also referred to as carbon-14 and has been found as deep as 7 miles below the surface in the deepest part of the western Pacific Ocean.

Though carbon-14 does appear naturally in the atmosphere and some living organisms, the researchers found that the elevated levels of the radioactive element seen in the amphipods are due to the nuclear bomb tests. Neutrons expelled from the bombs, reacted with nitrogen and carbon and ultimately formed the radioactive carbon.

The 37 kiloton 'Priscilla' nuclear test, detonated at the Nevada Test Site in 1957. (Credit: US Department of Energy)

Weidong Sun, a geochemist at the Chinese Academy of Sciences and one of the study's co-authors, highlighted the strong interaction between creatures at the surface and the bottom of the ocean, as well as the need to be careful about humanity's future actions.

"There's a very strong interaction between the surface and the bottom, in terms of biologic systems, and human activities can affect the biosystems even down to 11,000 meters, so we need to be careful about our future behaviors," Sun said in the statement. "It's not expected, but it's understandable, because it's controlled by the food chain."

Interestingly enough, the researchers found that the amphipods, which were studied in three locations, lived longer than their surface-dwelling cousins and were larger. The bottom dwellers were more than 10 years old and had grown to 3.6 inches long, compared to less than 2 years and 0.8 inches for the shallow water amphipods.

The researchers believe the larger size and longer life are likely due to the living environment, particularly the low temperature, high pressure and limited food supply. The long life span is particularly troublesome, Wang said.

BIZARRE DEEP-SEA TUBEWORMS DISCOVERED OFF NORTH CAROLINA: POPPED OUT 'LIKE A JACK IN THE BOX'

"Besides the fact that material mostly comes from the surface, the age-related bioaccumulation also increases these pollutant concentrations, bringing more threat to these most remote ecosystems."

Rose Cory, an associate professor of earth and environmental sciences at the University of Michigan who was not involved in the study, said the study shows that all parts of the planet, including the deep ocean trenches, are affected by humanity's behavior.

"What is really novel here is not just that carbon from the surface ocean can reach the deep ocean on relatively short timescales, but that the 'young' carbon produced in the surface ocean is fueling, or sustaining, life in the deepest trenches," Cory said in the statement.