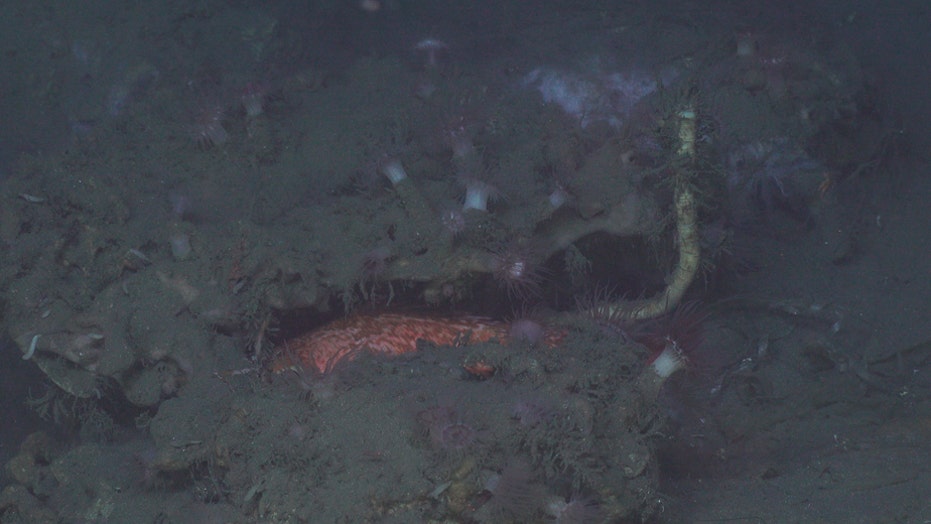 A bizarre deep-sea tubeworm has been discovered off the coast of North Carolina, the first time the creature has ever been found this far north in the Atlantic Ocean.

The shocking find came 36 miles off the North Carolina coast and was made by members of the Deep Search program, who were looking at rocks for collection and methane cold seeps in the area.

“The initial discovery of the tubeworm was very serendipitous," U.S. Geological Survey and chief scientist on the expedition, Amanda Demopoulos, said in a statement. "We were trying to break off a piece of rock for a collection when the worm appeared seemingly out of nowhere. It was hidden from view, buried in a crevice within the larger rock.”

Demopoulos added that the tubeworm popped out “like a jack in the box,” while the remotely operated vehicle, known as Jason, was searching the deep ocean.

After spotting the initial tubeworm, researchers came back the next day to find even more of the sea-dwelling invertebrates, which belong to an animal group known as vestimentiferan.

A tubeworm growing from under a carbonate outcrop surrounded by anemones and fish.

There have been other seep fauna found along the Atlantic coast, including symbiotic mussels, but this is the first time tubeworms have been found in the area. They have been spotted in the Gulf of Mexico, Cayman Trough and Barbados, but never this far north.

Unlike most sea creatures, vestimentiferans do not have guts as adults, making them completely reliant on symbiotic bacteria to convert hydrogen sulfide into food for the worms.

“These tubeworms are a significant finding and contribution to our understanding of the biodiversity of the deep sea," said Michael Rasser, marine ecologist with the Bureau of Ocean Energy Management, in the statement. "The more we know about these sensitive habitats the better we can ultimately use science to inform any future decisions to ensure their protection.”

In addition to the tubeworms, the seeps are home to a number of different species, "including black bellied rosefish, snipe eels, hammerhead sharks, manta rays and tuna," the researchers added in the statement.