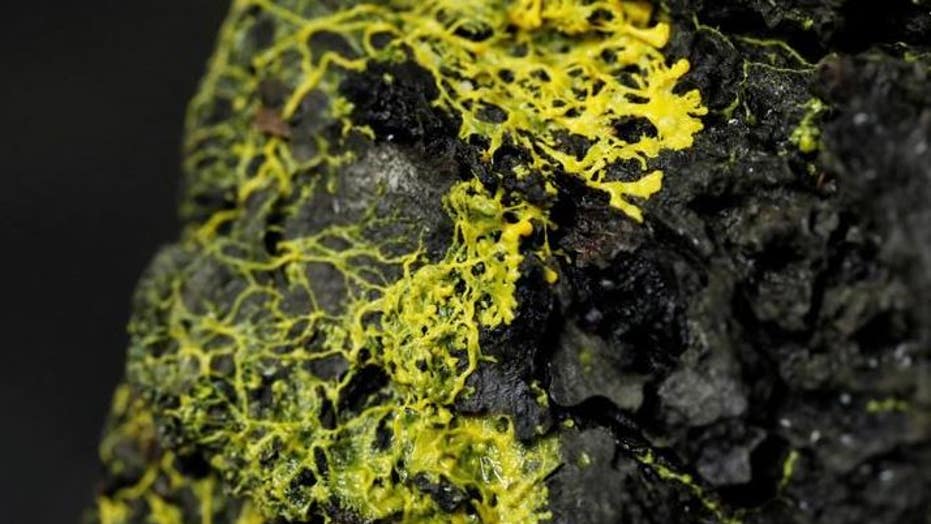 A strange and mysterious new organism dubbed the "blob" was unveiled at a Paris zoo on Wednesday.

The yellowish organism at the Paris Zoological Park has no mouth, no stomach and no eyes, but can somehow detect and digest food, according to Reuters.

The news agency also reports that the "blob" has almost 720 sexes, can move without legs or wings and heals itself in two minutes if it gets cut in half.

“The blob is a living being which belongs to one of nature’s mysteries,” Bruno David, director of the Paris Museum of Natural History, of which the Zoological Park is part, told Reuters.

The "blob" as seen at the Paris Zoological Park. (Reuters/AFP/YouTube)

“It surprises us because it has no brain but is able to learn ... and if you merge two blobs, the one that has learned will transmit its knowledge to the other,” David added.

The blob was reportedly named after the 1958 science-fiction/horror B-movie of the same name in which an alien life form consumes everything in its path in a small town.