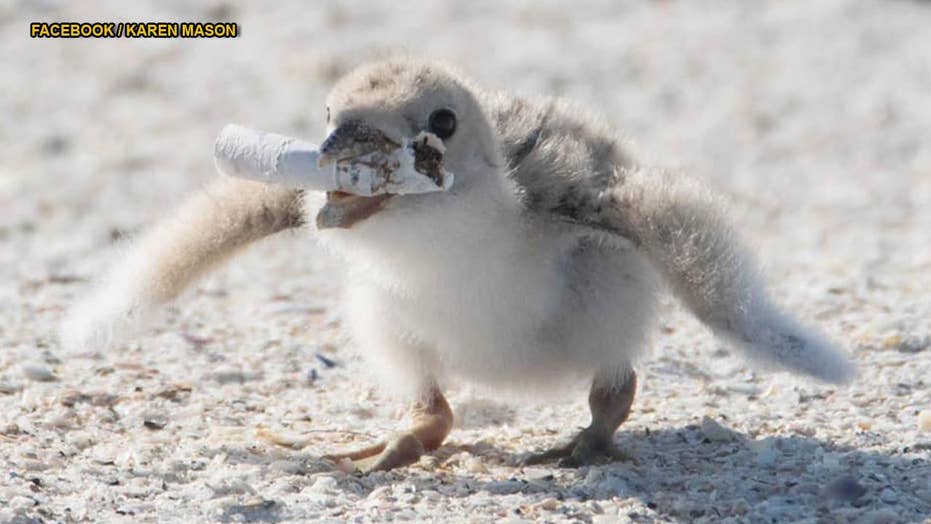 A baby chick in Florida was spotted feeding on a used cigarette at the beach. Photographed by a local resident, a black skimmer bird was captured feeding a cigarette butt to its chick.

A mother bird at a beach in Florida was spotted feeding her baby chick a cigarette butt, prompting one woman to remind beachgoers this summer to clean up after themselves.

A Largo, Fla. resident, who identified herself as Karen Mason online, shared the photo to her Facebook page on Monday. The image shows a black skimmer bird feeding its chick the butt of a cigarette.

“If you smoke, please don’t leave your butts behind,” Mason captioned the post.

“So sad,” one person commented.

Later, Mason took to the social media platform with another photo. In the second image, the same chick is seen carrying the cigarette butt in its mouth.

“This skimmer chick was offered a cigarette butt by [its] parent. It’s time we cleaned up our beaches and stopped treating them like one giant ashtray,” she wrote.

Cigarette butts made the top of the 10 trash items most collected from beaches globally, according to a 2018 report from the Ocean Conservancy. In the U.S. specifically, more than 842,000 cigarette butts were collected in 2017.

Other top collected items in the country included food wrappers, plastic bottle caps, straws and stirrers and plastic grocery bags, among other trash items, according to the report.

Karen Mason did not immediately return Fox News’ request for comment on Thursday.