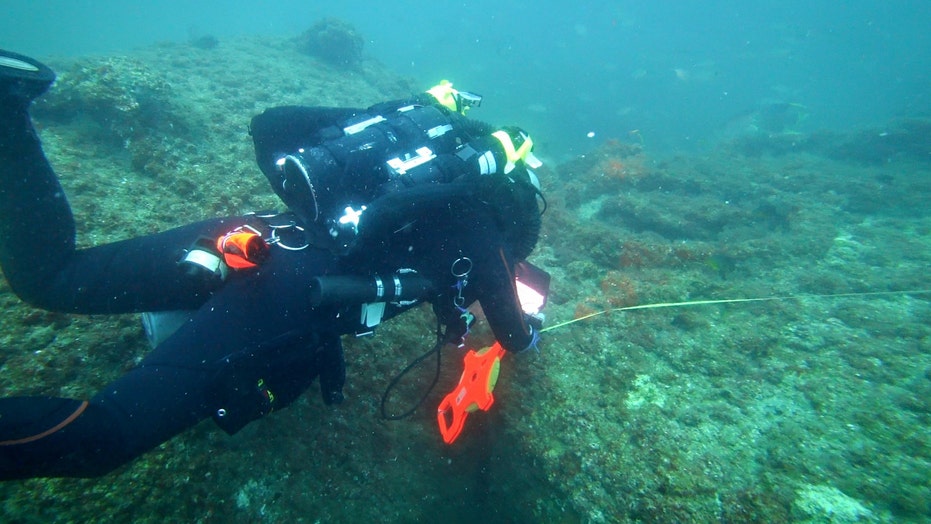 A team of experts has located the wreck of a merchant ship that vanished in the Bermuda Triangle in 1925.

The fate of the SS Cotopaxi has long been shrouded in mystery. On Nov. 29, 1925, the steam-powered vessel left Charleston, S.C. for Havana, Cuba. She never reached her destination and the bodies of the Cotopaxi’s 32 passengers were never recovered.

Now, however, a group of underwater explorers and maritime archaeologists have located the ill-fated ship about 35 nautical miles off the coast of St. Augustine, Fla. The discovery will be featured in the first episode of “Shipwreck Secrets,” a new Science Channel Series that premieres on Feb. 9 at 8 p.m. ET. Subsequent episodes will air on Sundays at 9 p.m. ET

“Walters combed through ship records at the archives of Lloyd’s of London, who were the insurance brokers for the SS Cotopaxi,” the Science Channel explained. “There he discovered something previously unknown about the SS Cotopaxi’s voyage. The ship had sent out wireless distress signals with a position on December 1st, 1925, two days after it left Charleston.”

A shipwreck known locally as the Bear Wreck, which was found almost 35 years ago, is in that location.

Armed with the new information, however, and working with diver Al Perkins and experts from the St. Augustine Lighthouse and Maritime Museum, researchers realized that the Bear Wreck is actually the Cotopaxi.

“After discussing and evaluating all the available evidence, the team felt confident that the Bear Wreck is indeed the final resting spot of the lost Cotopaxi,” explains the Science Channel, in its statement.

This information was also shared with Douglas Myers, the grandson of the Cotopaxi’s captain, Captain William J. Myers, at his home in Long Island, N.Y. “Myers agreed that the team had finally located his grandfather’s ship after being missing for almost 100 years,” the Science Channel said.

The Bermuda Triangle has long been a source of fascination. The body of water, infamous as a place where many vessels have sunk, stretches across a western part of the North Atlantic between Florida, Puerto Rico and Bermuda. The area, also known as the Devil’s Triangle, has claimed over 1,000 lives in the last 100 years, News.com.au reported in 2017.

In 2018 scientists in the U.K. noted that a natural “rogue wave” phenomenon could play a part in the Bermuda Triangle’s reputation. Busy maritime traffic in the area has also been cited as a key factor in its history.