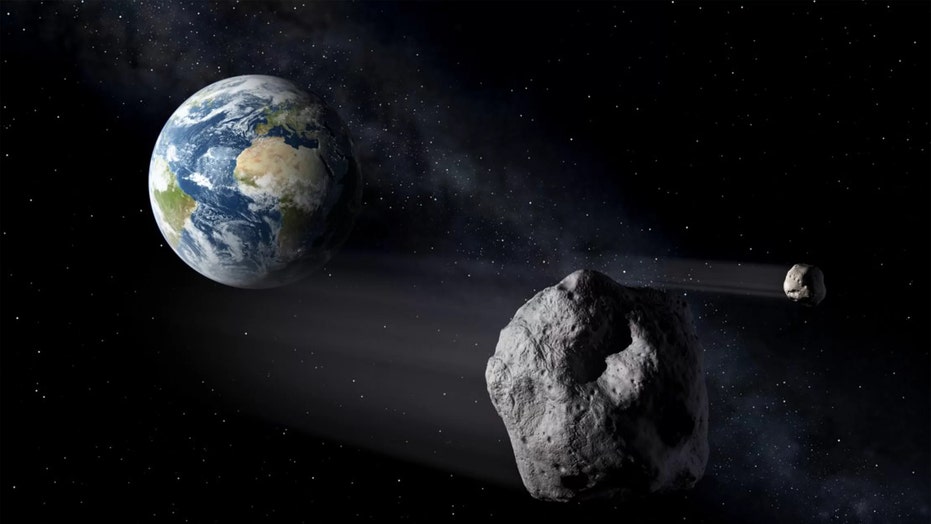 An asteroid that is slightly shorter than the world's tallest building, Burj Khalifa, is set to harmlessly fly past Earth next month.

Asteroid 2000 QW7 will zip past the third rock from the Sun on Sept. 14 according to the Center for Near Earth Object Studies (CNEOS). According to a 2018 report put together by Planetary.org, there are more than 18,000 NEOs.

2000 QW7 is massive, estimated to be between 290 and 650 meters (951 and 2,132 feet), making it significantly larger than the Empire State Building and the Washington Monument combined.

An artist's concept of an asteroid approaching Earth. (Erik Simonsen via Photographer's Choice/Getty Images Plus)

The Burj Khalifa, located in Dubai, is the world's tallest skyscraper, at 2,717 feet. Construction on the building started in 2004 and was completed in 2009.

The massive space rock will fly safely past Earth at an incredible speed, at 14,361 mph and will pass within 0.03564 astronomical units of our planet, or approximately 3.3 million miles.

The space rock is known as a near-Earth object (NEO) and "potentially hazardous" NEOs are defined as space objects that come within 0.05 astronomical units and measure more than 460 feet in diameter, according to NASA.

NASA has been preparing for planetary defense from asteroid strikes for years. A recent survey showed that Americans prefer a space program that focuses on potential asteroid impacts over sending humans back to the moon or to Mars.

Last June, NASA unveiled a 20-page plan that detailed the steps the U.S. should take to be better prepared for NEOs — such as asteroids and comets — that come within 30 million miles of the planet.